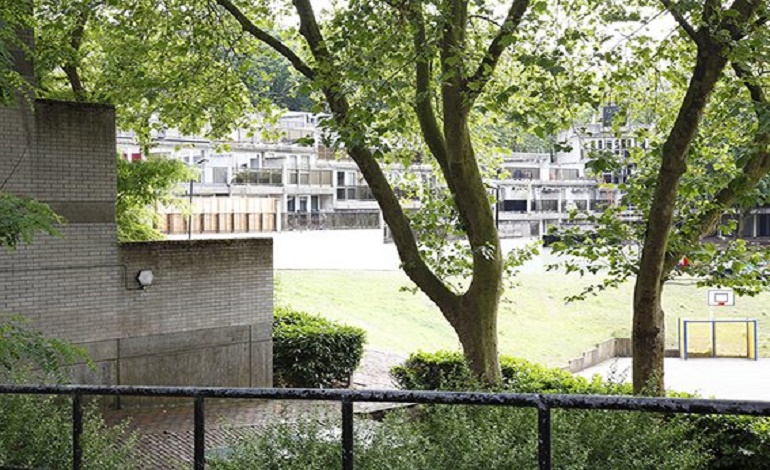 On Thursday 23 March, a council estate with over 2,000 residents was officially condemned to demolition. The Labour council says this is for ‘regeneration’. But many residents and activists claim it is gentrification.

The fight for a view?

The Central Hill estate is in Upper Norwood near the Crystal Palace Triangle, in the London borough of Lambeth. The estate comprises more than 450 homes built between 1966 and 1974. Architect Rosemary Stjernstedt designed Central Hill, and the estate is famous for its integration with the natural environment and spectacular views over the city.

But as The Canary previously reported, a battle has been raging for more than two years between Labour-controlled Lambeth Council and a number of residents. Because the council wants to demolish the estate and rebuild it. But residents say many of them are being forced out of their homes, and won’t be able to afford to return.

This battle came to a head in a public meeting on Thursday 23 March. The Labour-led council cabinet outlined its final proposals for Central Hill to a packed meeting room in a community centre near Stockwell. There was a heavy police presence, and even children had their bags searched by security before being allowed into the meeting: 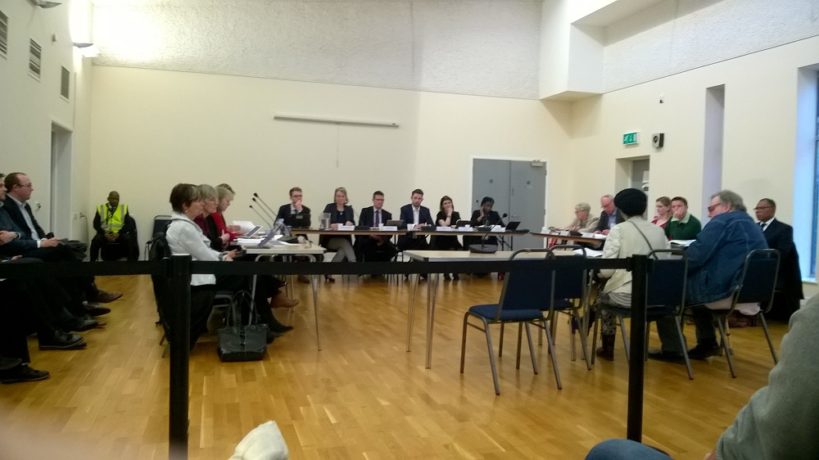 In heated exchanges, residents accused the council of being “liars” and “social cleansers”. One woman talked of the “anxiety” and “mental torture” that the council’s plans were causing residents. But Lambeth Council denied all these claims, with its Estate Regeneration Manager claiming that it had gone “above and beyond” its legal obligations.

Residents told The Canary they felt that the councillors’ attitude towards them was “disgraceful”; and that, throughout the process of regeneration, the council had never consulted them properly. But Lambeth Council denies this, saying it kept residents fully informed of its position, including through a residents’ engagement panel.

The meeting lasted for over two hours: 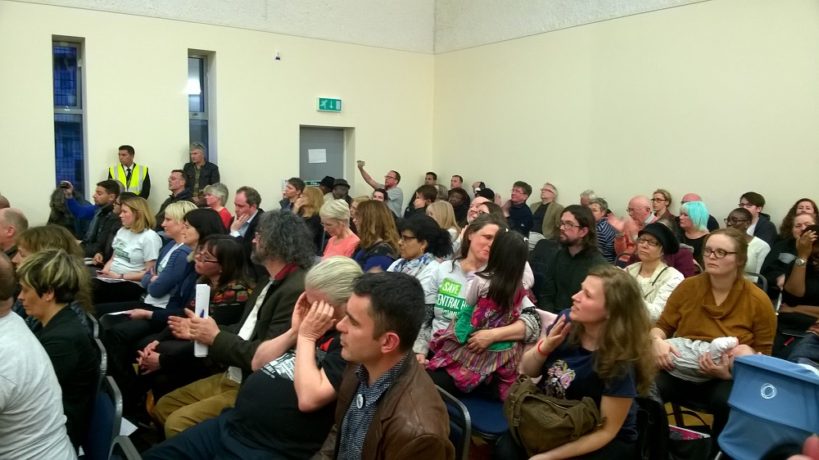 Residents shouted “Shame on you!” as Labour councillor Jane Pickard said of their opposition to the regeneration: “I find it surprising that some on the political left have adopted this position.” And while both residents and council representatives were given the opportunity to air their views, many felt that the chair of the meeting, Labour’s Lib Peck, did not give them enough time to speak. And several residents told The Canary that Peck “threatened” them with cutting short their speaking time; or not allowing them to speak at all.

But at the end of the meeting, emotions from the residents spilled over. The council took the decision to go ahead with its plans. Therefore Central Hill estate will be demolished. Many residents were angry, and many left the meeting in tears. Some called the council meeting “an utter fucking sham”, “shocking”, and said that the panel “couldn’t look us in the eye”. And as local ward councillor and Lambeth Cabinet Member for Housing Matthew Bennett left in an official car with blacked-out windows, residents shouted “Shame on you!” 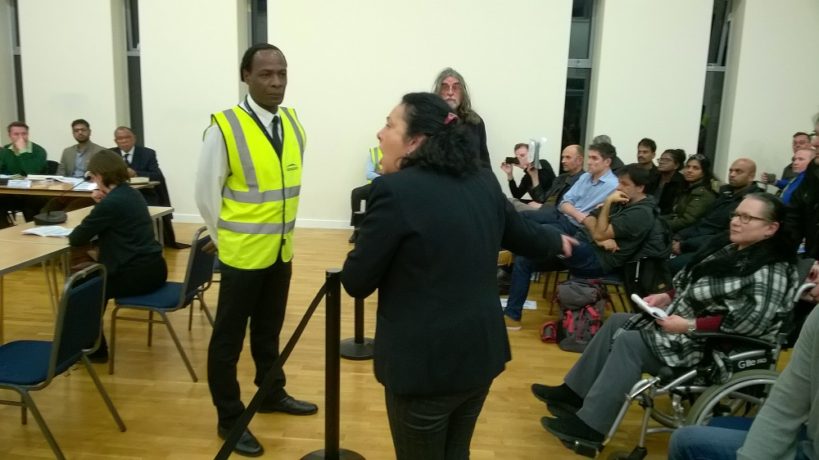 Too many homes suffer from damp, from mould, from disrepair. Too many homes have problems with their drains, the kitchens and bathrooms are dilapidated and need replacing, roofs and water pipes leak. Many families are living in overcrowded conditions in homes that are just too small.

Lambeth Council says it wants “to improve the conditions for existing residents and explore opportunities for new homes so the next generation of Lambeth tenants and residents have somewhere they can afford to live”. The idea is to build new homes for private sale to help finance new social flats and the refurbishment of old ones.

But residents and campaign groups fiercely oppose the regeneration. Save Central Hill (SCH) is a campaign group set up to oppose the plans. It says that Lambeth Council has neglected the properties on the estate for years. SCH claims that, instead of spending public money on estate maintenance, Lambeth Council has spent the funds elsewhere and allowed the estate to fall into disrepair.

Lambeth Council has been working closely with residents for a number of years, including through the Resident Engagement Panel, drop-in surgeries and exhibitions, to explore how the many poor-quality homes on the estate can be improved. It has consistently been made clear that the costs of refurbishing Central Hill would be substantially more than the average cost of other estates across the borough, and that refurbishment would not address the fundamental design issues of the estate.

The proposal to rebuild means every existing tenant will be offered a new home on the estate, with enough bedrooms to meet their needs, with a lifetime tenancy and rents set in exactly the same way as for all existing council homes. The new development will provide additional affordable homes and homes at council-level rents to meet the needs of some of those on the housing waiting list and future generations of residents. Resident leaseholders would be offered affordable options to stay on the estate.

The Cabinet considered all representations, including those in relation to the survey mentioned by residents, before reaching its decision. All those who were listed to speak were allowed at least their full allotted time to make their points.

But we are confident that the council carried out a full and thorough consultation process in relation to the Central Hill regeneration proposals. The findings and an independent analysis of the feedback received were included in the report to Cabinet.

Regarding the council’s decision to demolish the estate, resident of Central Hill Nicola Curtis told The Canary:

I’ve got files upon files and a lawyer ready to have a judicial review. This decision was predetermined. The council made it two years ago, and just went through the motions tonight. We’re going to get the decision scrutinised, and then apply for a judicial review. But the local elections are in one year’s time, and we will get our revenge then.

The Canary will be doing a full investigation into the Central Hill estate and Lambeth Council next week.

This article was updated at 9.10am on 25 March to reflect an error. It previously stated that “council” flats would be built; they will in fact be “social” ones.

Featured image via James Balston and additional images via The Canary