Someone spotted a link between Nigel Farage and the London attack, and now everyone’s sharing it - Canary 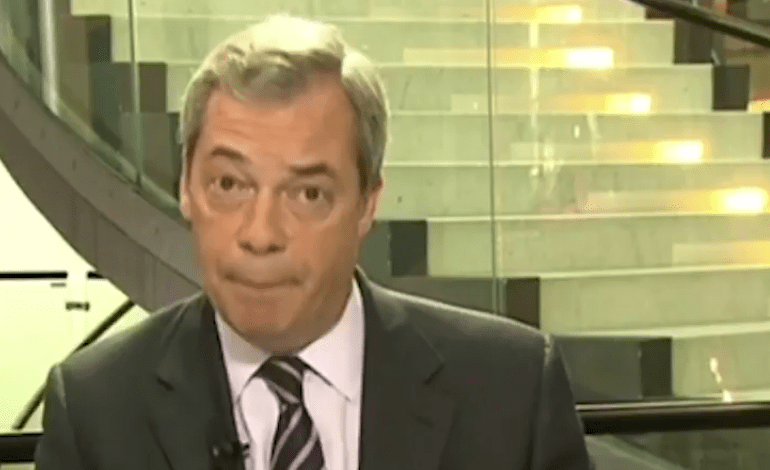 A social media user spotted a link between Nigel Farage and the 22 March London attack. And it’s going viral for all the right reasons:

Nigel Farage is 52 and from Kent. So is the alleged Westminster attacker. When will we tackle this problem of 52-year-olds from Kent?

The former UKIP leader has a few things in common with British attacker Khalid Masood. They are both from Kent, and both are 52 years old.

The far right, including Farage, were using the tragedy to advance an anti-immigrant, anti-refugee agenda. Before they knew any details about the attack.

But now, we know that the attacker was British, 52, and from Kent. So if we apply Farage’s logic of collective responsibility, the MEP himself is culpable.

London attacker Khalid Masood was born in the same county as Nigel Farage. There's clearly a problem in Kent – build a wall in Sevenoaks!

On 22 March, Masood drove a hired car into Westminster Bridge, killing three people. Crashing the car outside parliament, he stabbed an unarmed police officer who later died from the injuries. Armed police then shot him.

On the night of the attack, Farage was commentating on Fox News. The former UKIP leader was rallying against immigration in response:

Farage also used the attack to justify Donald Trump’s second ban on people from six Muslim-majority countries entering the US. But given that the perpetrator was British, and from the same county as Farage, immigration is irrelevant to the attack.

Trump has also issued an indefinite ban on Syrian refugees. Even though no Syrian refugee has been charged with intent to carry out an attack in the US in more than four decades.

I hear in Europe very often: do not connect the migration policy with terrorism, but it is impossible not to connect them

She said the attack vindicated the Polish far-right government’s refusal to accept any refugees.

Teresa May was Home Secretary for 6 year when over a million illegals were allowed into our country. I don't think I've ever felt more sick. https://t.co/K9wMxQfb3f

This place is just like Sweden. Terrified of admitting the truth about the threat we face, about the horrors committed by the migrants we failed to deter.

There was similar hate directed at refugees after the November 2015 Paris attacks. Later, it turned out nearly all the attackers were Belgian or French.

The attacker was British. That should communicate that violence has no nationality. Hate must be condemned wherever it comes from and wherever it is seen.

–  The Canary will be following developments here.