UKIP tries to take back control from its biggest donor - and gets a £200,000 bill in response - Canary 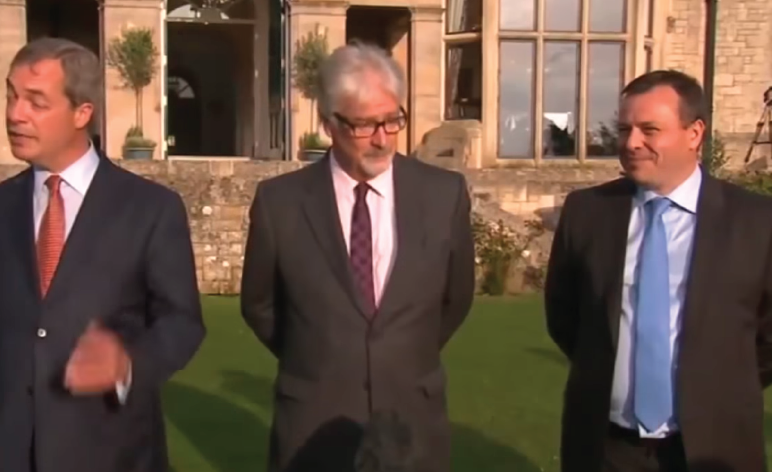 Arron Banks was a prominent figure in UKIP. He was one of the party’s biggest ever donors. But Banks has since been pushed out of the party. And he has consequently sent it a £200,000 bill for services he claims to have provided.

Banks became a controversial figure within UKIP after the party’s leader, Paul Nuttall, failed to win the Stoke by-election. Banks said Nuttall was “quite weak”. He also said:

I am giving Paul Nuttall an ultimatum that either I become chairman and sort out Ukip by bringing in business people and professionals to make the party electable, or I am out of there.

The party cannot continue to be run like a jumble sale.

If Nuttall doesn’t professionalise it and toss out the likes of Douglas Carswell, Suzanne Evans and the rest of the Tory cabal then the party is finished anyway.

Banks later claimed that he was “suspended”, although UKIP insists his membership has simply lapsed. Banks was unhappy either way. And he has a history of taking revenge against people who have wronged him. This was clear when he first publicly donated £100,000 to UKIP. An amount which he spitefully upped to £1m after the Conservative William Hague described Banks as “somebody we haven’t heard of”; Banks having been a minor Conservative donor before that.

This bill covers the cost of call centre and membership services that he provided. The party responded:

All the support he has given UKIP has been on that basis and not on a supplier/client one.

We don’t understand why he now claims his generous donations were something different.

UKIP losing one of its biggest backers was already a concern for the party. The fact that Banks expects money back, and is talking about setting up a rival party, is much worse.

Especially given Banks’ track record. He, after all, was once forced out of his own company. He responded by punching a colleague in the face, setting up a rival company, poaching the original company’s staff, and then costing his rivals millions in court settlements.

Which is bad for UKIP. But great for anyone enjoys seeing hard-right political parties tearing themselves in half.