BBC Panorama won't name the senior MPs at the heart of a major banking scandal. So we are [VIDEO] - Canary 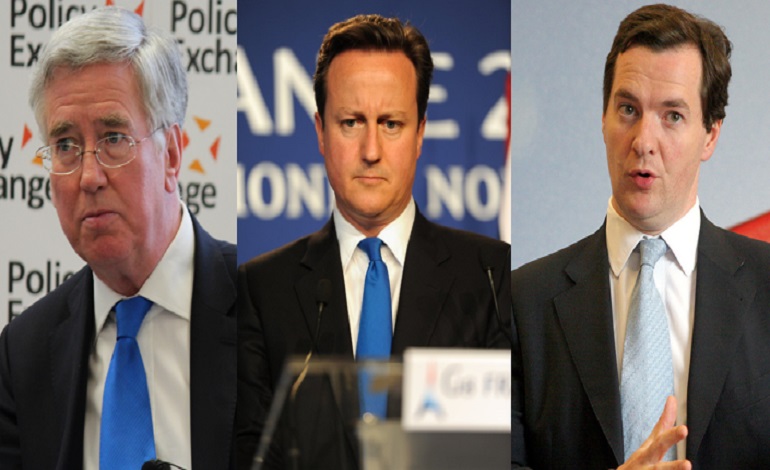 On Monday 10 April, BBC Panorama investigated the London Interbank Offered Rate (LIBOR) rigging scandal. The programme presented new evidence confirming that the Bank of England was directly involved in ordering 16 banks to operate as a cartel by lowering their interest rates in unison.

But Panorama failed to name senior politicians at the heart of the scandal. Including most notably former Chancellor George Osborne, who controlled the flow of funding to investigate the scandal. And even David Cameron may be implicated.

This article is part one of a two-part series.

How much did Osborne know?

In 2012, parliament revealed that Osborne had a “secret veto” over Serious Fraud Office (SFO) financial crime investigations. Because the Treasury had to authorise SFO investigations that went over budget. But the Treasury could keep its decisions secret. Meaning it could say ‘no’ to any SFO request without any public and parliamentary scrutiny.

But this secret veto came at the same time as SFO budget cuts. So, as Labour said at the time:

One such investigation by the SFO has been the LIBOR scandal. It has led to financial regulators fining Barclays, RBS and others more than £6bn.

But Osborne is not the only Conservative that Panorama forgot to mention.

As The Independent reported in June 2012, Defence Secretary Michael Fallon is a non-Executive Director of brokerage firm Tullett Prebon. The SFO implicated Prebon in the scandal. But a court acquitted its broker, Noel Cryan, of any wrongdoing.

Also implicated is former Conservative Party Treasurer, Michael Spencer. He remains Chief Executive of ICAP, a brokerage firm that US prosecutors fined £54m for its part in the rate-rigging scandal. ICAP, along with Tullet Prebon, coordinated LIBOR rates with the big banks. And Spencer allegedly met [paywall] with then Prime Minster, David Cameron, days before ICAP was fined.

The LIBOR scandal had implications for everyone. As it meant banks could lend to customers at significantly higher rates of interest than they originally paid for the money. Watch The Young Turks explain:

The courts jailed several individuals over the scandal. Including former UBS and Citigroup trader Tom Hayes; jailed in 2015 for 14 years (later reduced to 11) for conspiracy to defraud. But many view them as scapegoats for senior bankers and politicians. Joel Benjamin of Debt Resistance UK told The Canary:

Parliament must demand answers from Osborne and the SFO as to why senior bank managers and Bank of England and Treasury staff along with brokerage firms run by senior Conservatives Spencer and Fallon were shielded from the LIBOR rigging inquiry.

But as part two of this series will show, Panorama ignored the role of key industry bodies, with links to both the Conservative Party and New Labour:

– Read more from The Canary on banking scandals.