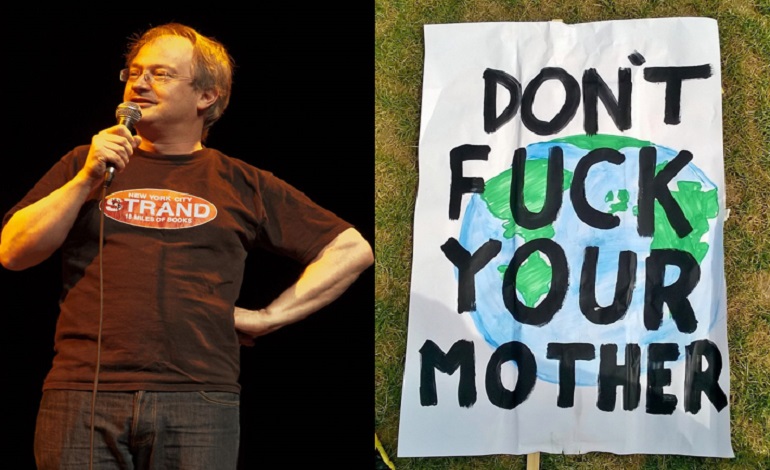 On Saturday 22 April an award winning comedian addressed a crowd of thousands of people in the centre of London. His message? There is a real danger to the UK that few people have even mentioned if the Tories have their way. And the future of the whole planet could rest on it.

Actor and comedian Robin Ince was one of the guest speakers at the London ‘March for Science’ rally. It is an annual, global event and this year’s theme was to call for action on climate change, and to address the issue of underfunding for science globally; with a focus on US President Donald Trump and his climate change denial. Events also took place around the world, kicking off in New Zealand and stretching from the US to Australia and Europe.

The London march began at the Natural History Museum and the Science Museum, passed some of the capital’s great scientific institutions such as the Royal Society and ended with a rally in Parliament Square. Thousands rallied with banners, placards and fancy dress to not only promote science in the UK, but to raise awareness of just what its community does for the country: 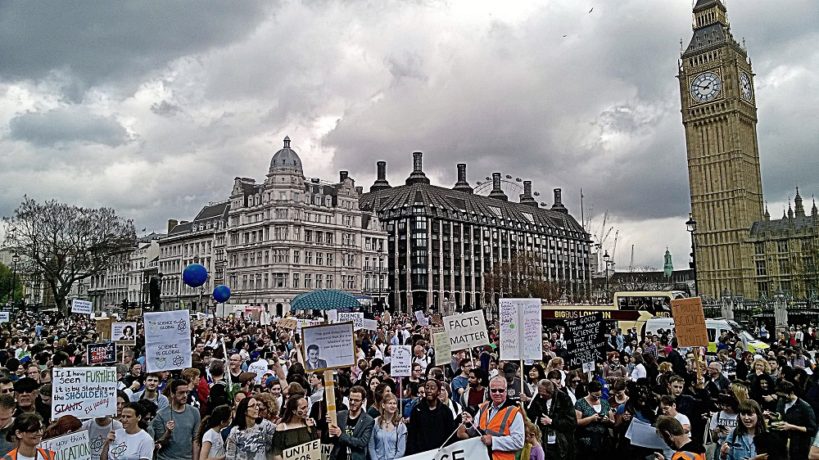 Some marchers came up with inventive ways of getting their message across: 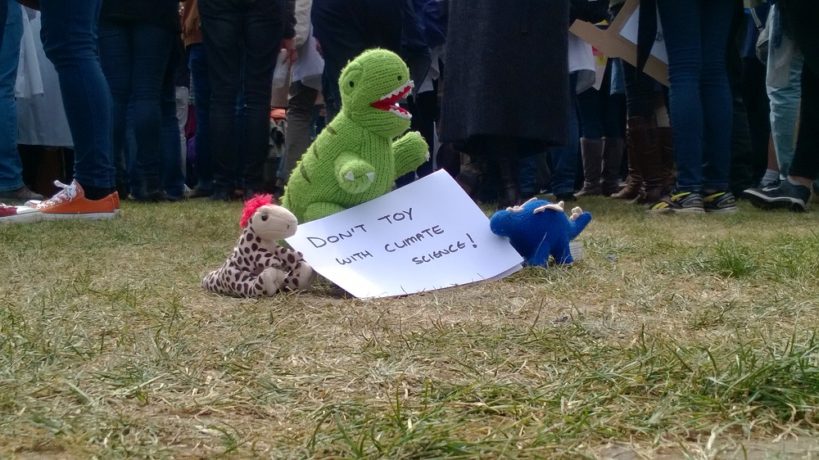 While others made their feelings about Trump quite clear: 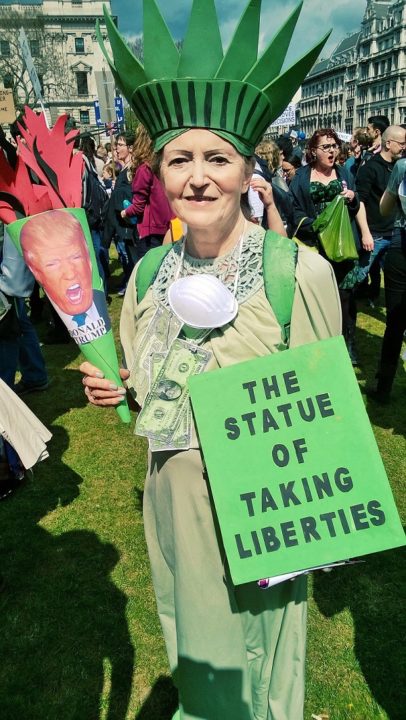 But others had more direct messages about science and climate change: 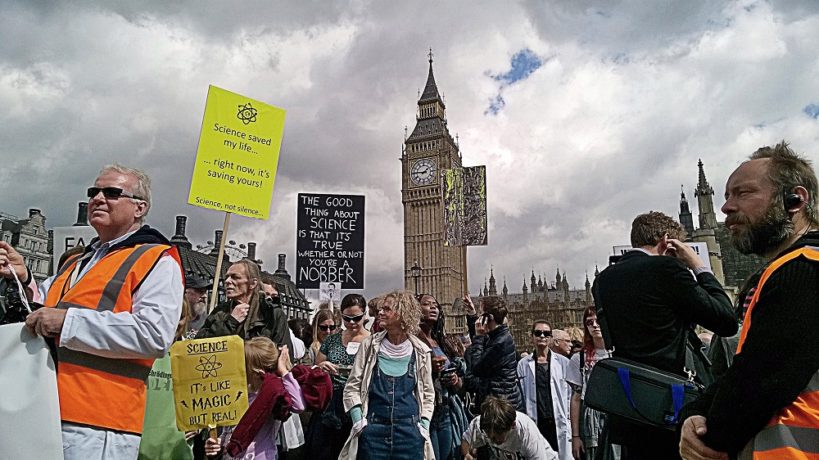 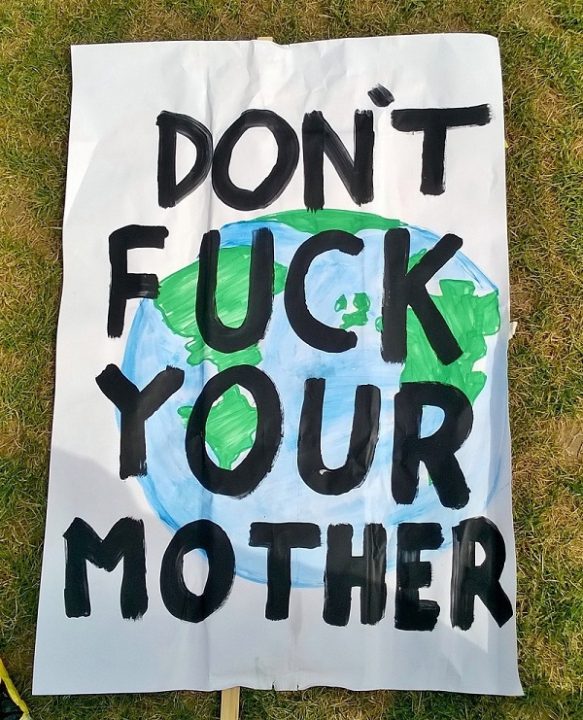 I love curiosity and I love where it’s got us as human beings. It’s very, very important to remind ourselves that… a lot of the technology that gives people the ability to read your article in a matter of minutes has come from the scientific minds, the use of technology and human curiosity. We are, at the moment in this universe, a very rare species. One that is able to look up at the stars and question them.

But he also said Brexit “worries him a great deal”:

Scientists are worried about the boundaries that are now going to come, with regard to research. And I think people don’t always realise the amount that science pays back with research… people see a big number being spent and they think that’s just money being thrown away. But it leads to wonderful, real, palpable rewards. The government and the scientific community must be committed to ensuring no walls are built between… British scientists and European ones. We have to make sure these conversations continue.

The government has said £2bn worth of funding per year will be given to research and development (R&D) over the course of this parliament. But many industry professionals worry that Brexit could be a disaster for UK-based R&D. Because with EU membership, the UK received or would have got:

The European thinktank Bruegel estimates the UK will lose €1.5bn a year for R&D after Brexit. Martin Yuille from the University of Manchester said:

UK derogation from the EU treaty puts all this at risk and could end up leaving us in our English country cottage – pretty but out-of-date. It is the eleventh hour for us to prevent this outcome. It means we need to become better Europeans now.

The Tories may have guaranteed £2bn a year for R&D. But this does not take into account inflation, nor the loss of the major networking and collaborative opportunities that comes with being a member of the EU. The UK currently leads the world on R&D. So, it would be a crying shame if Theresa May’s drive for a ‘hard’ Brexit compromised this. And it would not only impact the UK, but would be a danger to the scientific community, globally.

– Read more on science from The Canary’s Discovery team.