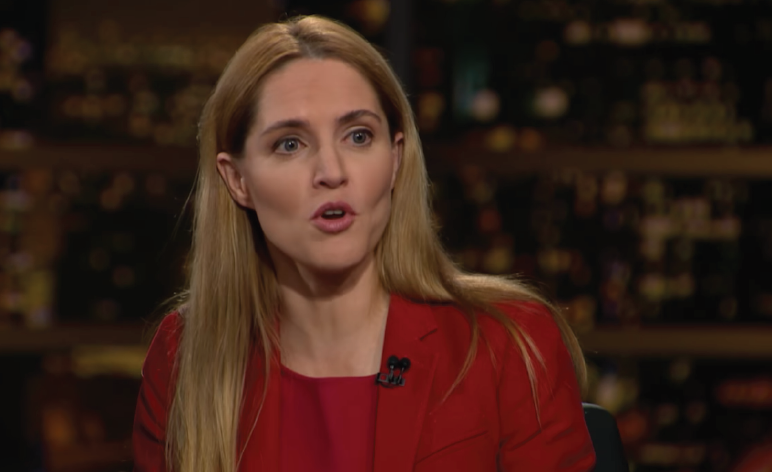 Seth Abramson is a US columnist, professor, and attorney who has been reporting on the RussiaGate scandal. Another prominent reporter on this scandal has been Louise Mensch. Mensch who is best known in the UK for being a former Conservative MP, and an incredibly gaffe-prone social media user.

Mensch has built up quite the following in the US for her anti-Trump reporting. But other reporters are starting to question the veracity of her work. And Abramson in particular has publicly called her out.

Abramson is widely known for his long Twitter threads that serve as information dumps for interested followers. One of his latest threads called out Mensch. We have put some of the content of the thread into the following quote:

I’m one of the 210 people Mensch has falsely accused of treason. Read on if you want to see why I disavow any association with her.

BUZZFEED rightly reports that Mensch has falsely accused hundreds of treason—and promised to libel many more. Until several weeks ago, Mensch regularly liked my tweets and referenced my #Russiagate research. Then everything changed in one minute. During the time Mensch regularly liked my tweets and referenced my research, I didn’t follow her on Twitter or substantively engage her. On two occasions, however, I did use her name in a thread. After the second occasion, she accused me of being in the employ of Putin.

Mensch was upset because I’d referenced both her research and my own in a single tweet, accidentally seeming to commingle the two. The research of hers I referenced was a HEAT STREET article that has since been proven almost entirely false. Mensch’s November 7th HEAT STREET “scoop” related to FISA warrants and constitutes the entirety of her presumed credibility on Russia.

Mensch’s ‘sources with links to the intelligence community’ said that in June 2016 the FBI FAILED to get a FISA warrant. That was FALSE. Indeed, we now know, from real reporting by THE NEW YORK TIMES, that the FBI’s June 2016 FISA app was APPROVED.

Mensch further claimed, in her HEAT STREET article, that Trump himself was the subject of an October 2016 FISA warrant. That was FALSE. Mensch has never retracted, clarified, or apologized for these false claims. Instead, she repeats the lie that her report was accurate.

I blocked Mensch on Twitter for 3 reasons: her ‘Kremlinbot’ libel against me; her HEAT STREET reporting; and her bad reporting since. For instance, Mensch claimed—with no evidence—that Jeff Sessions and Richard Burt recruited Page to Team Trump. Mensch’s claim about Page, like most of her allegations, was FALSE. We now know that Sam Clovis recruited Page. Mensch has also claimed that Russia’s Alfa Bank ‘owns’ Cambridge Analytica. This too is FALSE. SCL owns Alfa, and a rich Brit owns SCL.

Follow up on ANY of Mensch’s ‘scoops’ and you soon find her using phrases like ‘I surmise’ or ‘sources with links to the IC believe.’

In seven months of working on #Russiagate, Mensch has gotten exactly one fact provably right: the FBI applied for a FISA in June ’16. Off this one (possibly inadvertent) reporting hit, Mensch has built a bat-shit crazy network of conspiracy theories I disavow entirely.

I often receive [sic] messages from Twitter users who’ve been (a) blocked by Mensch for no reason, or (b) falsely accused of treason by her. Any questioning or criticism of Mensch is immediately met, by her, with libel, public ‘unfollow’ campaigns, or other online harassment.

Certain media outlets and media figures have shamelessly given Mensch attention on the premise she has good IC sources. She does not.

Mensch famously lost much credibility in the UK following years of sloppy punditry. But alarmingly, it looks like Mensch may be even less careful now than she was in the past. Which is troubling, because the politics she’s now caught up in are considerably more important than her old Twitter exchanges.

Thankfully though, the Americans seem to have realised that anything Mensch says should be treated with caution.