The media thinks it's cute that IDS rapped Eminem lyrics on TV today. Here's why it's really fucking not [VIDEO] - The Canary 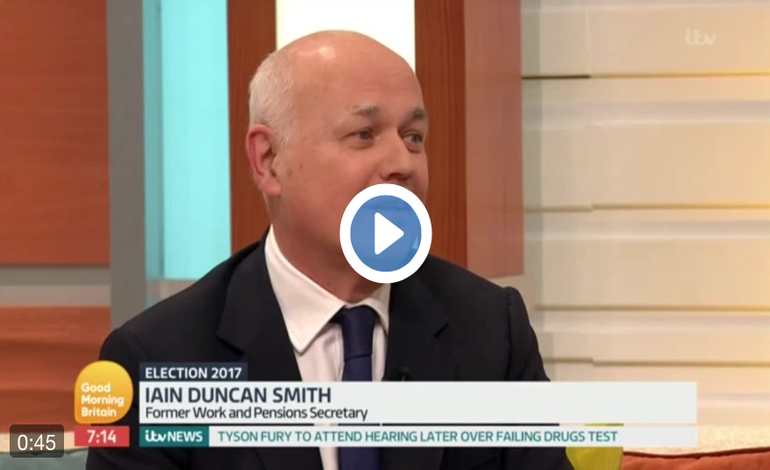 Media pundits are beside themselves after Iain Duncan Smith (IDS) rapped Eminem lyrics on morning television today. But the record of IDS is no laughing matter.

IDS used his moment in the spotlight to double-down on criticism of Diane Abbott’s car crash interview over police figures last week. However, he chose to do so in rap form. Paraphrasing Eminem’s Lose Yourself track.

Abbott’s performance was dire. But it pales in comparison to the record of IDS. As social media users pointed out:

I would like to mock "Iain Duncan Smith", but it's hard to find humour in a man who is responsible for so many suicides.

The reality of welfare cuts

The government’s own statistics show that, between January and November 2011, 10,600 [pdf,p6] sick and disabled people died within six weeks of their ATOS work capability assessments.

The media should not be granting IDS the platform to rehabilitate his image. His legacy is nothing to laugh about. And if the former DWP chief wants his own numbers game transformed into rap, he should listen to rap that’s closer to home. Like this, from NxtGen: