The Daily Mail was so eager to smear Labour's manifesto, it missed a total howler on its front page - Canary 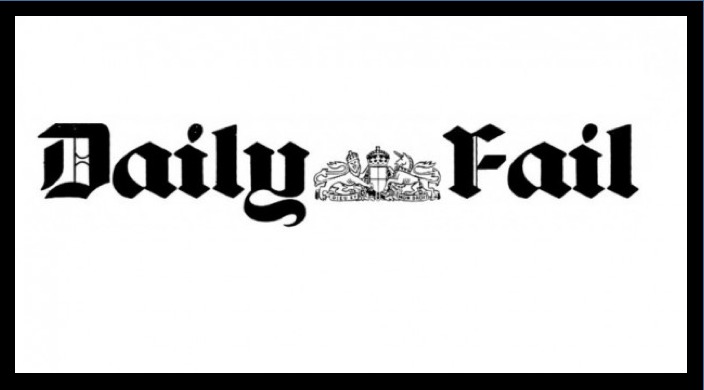 The Daily Mail hasn’t earned its nickname ‘The Daily Fail‘ for nothing. Because it seems to do just that – fail – consistently. And its headline claiming LABOUR’S MANIFESTO TO DRAG US BACK TO THE 1970s is its latest flop. Because on the same page, it also asserts that Girl jobs and boy jobs ARE the secret of lasting love. The Daily Mail was so eager to smear Labour’s manifesto, it missed a total howler on its front page, placing the headlines next to each other, without irony:

After Labour’s manifesto was leaked, the right-wing press went into ‘freak-out mode’, as The Canary reported. Equating fairness and democracy with ‘soft’ and socialist values they do not think belong in today’s world.

But The Daily Mail should have rethought the layout of its front cover, as many have pointed out the irony:

The Daily Mail says Labour wants to take the country back to the 1970s, which according to the Mail is "at least 40 years too modern"

Ahh, the 1970s -when half the Daily Mail readership bought their first house, many after receiving free further education

oh no, not the 70's when you got to go home on time, got a final salary pension, had job security and affordable homes #LabourManifesto

The article on ‘boy jobs and girl jobs’ is another fine piece of work from The Mail’s resident feminist Sarah Vine. The very same reporter who has come up with gems like ‘Legs-it‘. In it, she praises the recent interview on The One Show with Theresa May and her husband Philip. An interview in which they revealed they have ‘boy jobs’ like taking out the rubbish and ‘girl jobs’.

But while many were offended by the sexism in the interview, Vine’s article praising it and attributing Theresa May’s success to her husband is even more repellent:

Marking out each other’s domestic territory in this way may seem banal, but it is all part of stitching the tapestry of your lives together — and of building a functioning partnership based on clear boundaries and mutual respect. . .

I have no doubt she would not be where she is today without him. And that is not some anti-feminist critique, an attempt to ascribe her abilities to her man.

Perhaps the 1970s are too modern for The Mail. As many on Twitter have pointed out, housing was affordable, education was free, and the state pension was something people relied on. But the paper’s absolute support for the Tory government shows these are all things that it would much rather see consigned to history.