Ignore Corbyn 'supporting' the IRA, the media are forgetting the Tory politician who was a member of it - Canary 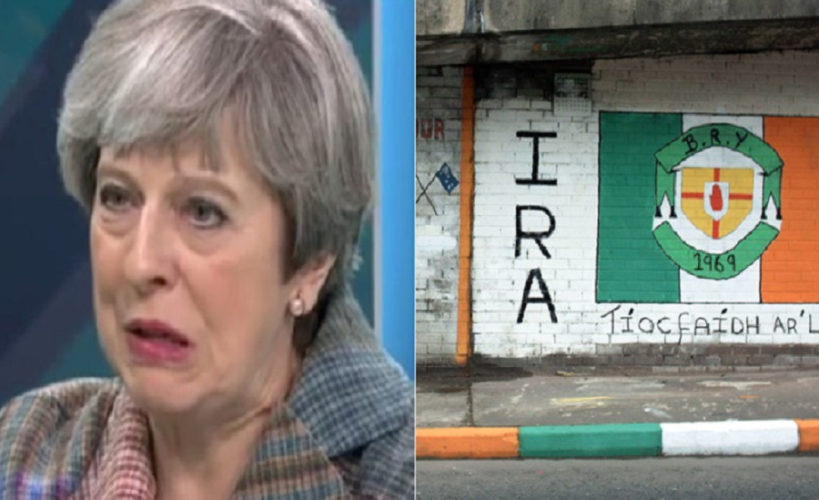 Labour leader Jeremy Corbyn’s alleged ‘support’ for the IRA was back on the news agenda on Sunday 21 May. But while he has repeatedly denounced the violence surrounding the Irish terrorist group, one Conservative politician was actually a member of it. Going as far as to say that the more British soldiers killed, the better.

As Evolve Politics reported, Maria Gatland is a sitting Conservative councillor in Croydon, South London. But a look into her past reveals she used to be known as Maria McGuire. And she was not only a member of the Provisional IRA, but was the lover of one of its highest ranking chiefs, David O’Connell.

In a book she wrote about her time in the IRA called To Take Arms: My Year With The IRA Provisionals, Gatland describes her time with the Republican group. She wrote in detail why, at the time, she supported their actions, saying in the opening of the book:

I agreed with the shooting of British soldiers and believed the more who were killed the better… we heard late at night that a British soldier had been shot and seriously wounded in Belfast or Derry and we would hope by the morning he would be dead… I accepted the bombing of Belfast and when civilians were accidentally blown to pieces dismissed this as one of the unfortunate effects of urban guerrilla warfare.’

But Gatland shot to notoriety in the 1970s after a British newspaper exposed her and O’Connell’s arms running on the continent for the IRA. As The Belfast Telegraph reported in 2008:

O’Connell took her to the Continent on an abortive mission to buy modern arms to replace old equipment. The old stuff would malfunction during gun battles, which she said was “particularly annoying for the really good snipers”. Their travels took them to Zurich, Brussels, Amsterdam and Paris, but they constantly felt they were being followed. In France, McGuire wrote: “At one period I thought seriously about using my gun on one of our shadows.

When her and O’Connell’s activities were exposed, they fled back to Ireland to escape the police. But even when she admitted at a press conference what the pair had been up to, no criminal proceedings took place. Reportedly, she was court-martialled by the IRA and sentenced to death as a result of her book’s publication.

Gatland’s time in the IRA did not last long. She says that after the Bloody Friday attacks on 21 July 1972, when up to 22 bombs were detonated in Belfast in just over an hour, killing 11 and injuring 130, she realised that her actions were “idealistic and very naive”. She fled to England, under the protection of Special Branch and immunity from prosecution. It was from here that she eventually ended up a Tory councillor in South London.

But her past was only revealed by accident when someone inadvertently referred to her as “Councillor McGuire” at a Croydon council meeting. At the time in 2008, she was removed as the Conservative-led authority’s education chief and lost the whip. But she managed to hold onto her job as a councillor which she still is to this date.

Gatland said of her time in the Provisional IRA:

I was very concerned about what was happening to my country and believed joining the IRA was the way to do something about it… It wasn’t something I wanted to be involved in and so I left. I realised violence was not the answer and I now abhor violence.

But her history shows the inherent hypocrisy at the heart of both the Conservative Party, and the UK press more broadly.

A campaign of hypocrisy

Corbyn’s association with the IRA was born out of trying to find peace in Northern Ireland. While history may be open to interpretation on whether his actions were correct or not, his reasoning comes from the right place: that of looking for peace.

Contrast this with Gatland. She has undoubtedly renounced her past involvement with the group. But this doesn’t distract from her active involvement as a 25-year-old woman in attempts to buy illegal weapons. And, possibly, terrorist incidents. This is, of course, irrelevant if you’re the UK media. Because the campaign to smear Corbyn’s Labour doesn’t even consider hypocrisy. As long as it’s doing its job for the Tories.