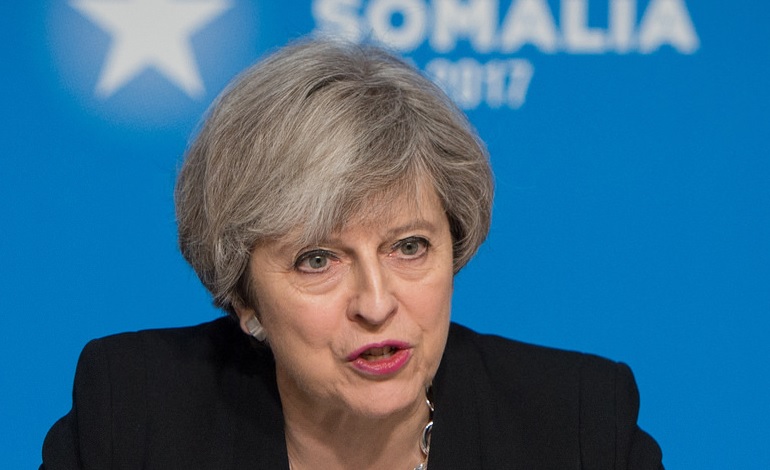 There’s one detail in the Tory manifesto that’s not getting much attention. But, if acted on, it will turn the UK into a world-leading scumbag.

Because it will make the UK an accomplice in the destruction of one of the world’s most iconic creatures, the elephant. Just as other countries are finally making moves to protect these intelligent and awe-inspiring animals.

The Conservative Party manifesto does not pledge to place an outright ban on trade in ivory. In fact, it doesn’t mention the word ivory at all. It only claims [pdf] that the party will “champion greater conservation co-operation” to protect rare species. This is in stark contrast to the Labour Party manifesto and even that of the Lib Dems. The former commits to introducing a total ban and the latter pledges [pdf] to “provide greater resources” for tackling the illegal trade in ivory.

The absence of any Tory measure to halt the trade that is rapidly wiping elephants off the face of the earth is also a break from prior Conservative policy. In David Cameron’s 2015 manifesto, the party promised to “press for a total ban on ivory sales”.

Furthermore, it puts May at complete odds with conservation groups, scientists, celebrities, members of the royal family and even her own Foreign Secretary Boris Johnson. And it comes as most other countries take steps in the opposite direction, with both China and the US bringing in total bans on the ivory trade.

At what cost, May?

Currently, the UK has a partial ban on ivory. Any ivory younger than 70 years old is illegal. But many argue that the legal ivory trade provides a cover for illegal ivory to reach the market. Because people can manipulate newer tusks to make them look older. A BBC investigation, in fact, found proof of such manipulation on the UK market. And the number of elephant deaths also supports that thesis.

A 2016 study found that between 2007 and 2014 poaching and other factors wiped out almost 30% of Africa’s savannah elephants. The continent-wide survey found that around 144,000 elephants died during that seven year period. It recorded that only 352,271 elephants remained. Poachers kill one elephant every 15 minutes for its ivory.

Experts warn that if this slaughter continues at the same rate, the African elephant will be extinct in the wild within 25 years.

The group Action for Elephants UK says that its country is “the largest exporter of ivory in the EU”. And another study suggests the UK is also now the third largest supplier of illegal ivory to the US.

Much of the UK’s trade in ivory happens via the antiques industry. And some MPs suspect that this small but powerful group pressured the UK government over the ban. Action for Elephants UK also says this industry is the “chief obstacle” to a total ban. Furthermore, it claims that the “moral dimension”, not money, is the most important argument of all. It writes:

Every day, huge numbers of these magnificent, highly intelligent and socially complex animals are mowed down by poachers’ guns, killed in traps, poisoned by cyanide, and often butchered alive as their tusks are hacked from their faces.

It would be a sobering experience for DEFRA officials (and obstructionist antiques dealers) to go to Africa and see for themselves the rotting carcasses of de-tusked elephants, or visit sanctuaries for traumatized baby elephants orphaned by human greed and cruelty. This is the reality – and will continue to be the reality until all markets for ivory are shut down completely and permanently.

The elephant is one of our world’s most magnificent creatures. And their survival should matter to all of us. Countries around the world are waking up to that. But the current UK government is heading in the opposite direction. And just so antique dealers can sell a few more expensive knick knacks it seems. That’s shocking. And it adds a bizarre and tragic dimension to the upcoming general election. Because now anyone who votes for May will be complicit in bringing about the careless destruction of an entire species.

The stakes don’t get much higher than that.