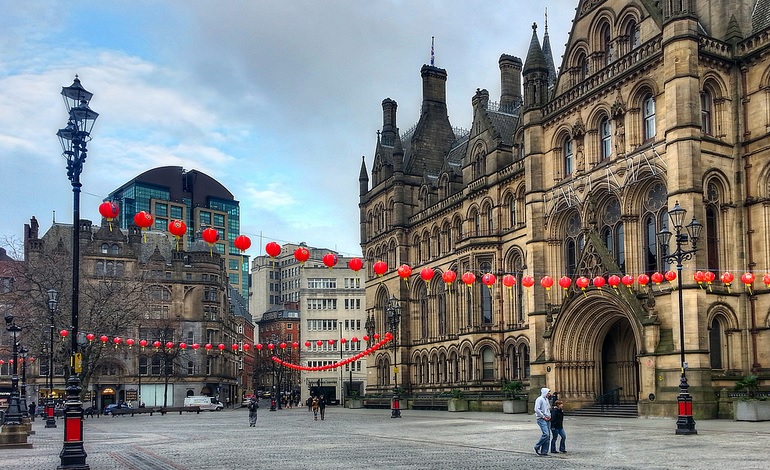 An ITV reporter has circulated a video from Manchester, following the brutal bombing in the city on 22 May. And it shows all those who seek to divide us exactly what they’re up against.

Because it illustrates the force much stronger than what these haters can muster.

That force is love.

ITV Political Correspondent Daniel Hewitt posted a 45-second-long video recorded in Albert Square on 24 May. It shows two people sharing a prayer, in light of the attack:

A beautiful moment in Manchester. Renee Black, 93, and Sadiq Patel, praying together in Albert Square. She is Jewish, he is Muslim. pic.twitter.com/domRfClHTa

As Hewitt explains, these two people are Renee Black and Sadiq Patel. They follow different faiths. and they united in prayer for the victims of the 22 May attack. But it’s not the first time the two have met. As Hewitt went on to explain:

They are from the Blackburn interfaith forum. They travelled to Manchester together this morning to see the flowers and to pray. pic.twitter.com/vNU8FWvcJ8

According to Hewitt, they are members of an interfaith forum; groups formed to build links between faiths and bring communities together. So Black and Patel stood together before the attack, immediately after the attack, and no doubt will stand together as the country tries to recover from the attack.

Those who want to divide us regularly use incidents like the Manchester bombing to further their cause. It’s by now inevitable that these people crawl out of the woodwork, or sully their front pages, to try and use such tragedies to break us apart.

But just as inevitable is the majority’s rejection of these dirty tactics. We see that in the anger that greets tabloids when they use such incidents to shore up support for their preferred political party. We see it when citizens of cities subject to such attacks shut down proposed rallies by the English Defence League (EDL), a group that rushed to Manchester city centre in order to spread its hate. And we see it in this elderly Jewish lady and the Muslim man by her side.

These people reject hate and division. And Black and Patel have done so for a while. Instead, they choose love and unity. That’s true for many in the UK. And it’s exactly what we need right now.