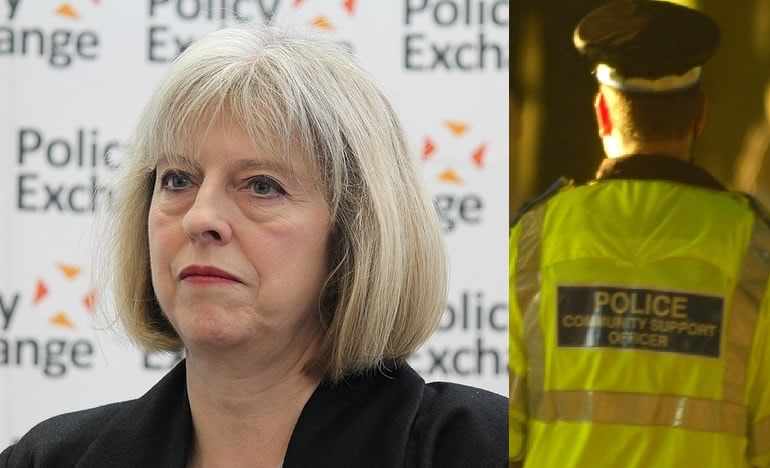 The Chair of the Police Federation, Steve White, has called out Theresa May for failing to ‘learn the lesson’ from terrorist attacks.

The government’s side of the deal

A report from the Institute for Fiscal Studies (IFS) reinforces White’s comment. The IFS investigation shows that, thanks to Conservative austerity, we lost 20,000 police officers between 2009 and 2016. Total employment in the police force has fallen by 17.4% during the same period.

The sitting Prime Minister has launched Operation Temperer, the deployment of military troops, following the Manchester terrorist bombing on 22 May. Upon hearing the “deeply worrying” news, White tweeted:

A staff association, the Police Federation represents 120,000 rank and file officers in the UK. In a statement, White says that austerity cuts to the police underpin calling in troops:

As always, the response of emergency workers in the face of adversity has been second to none. The welcome support of the military to free up armed officers and offer public reassurance will no doubt be managed in the same professional, resolute way. But, as welcome as this is, we cannot avoid the reasons it is needed at all. There is no ignoring the fact that we, the police, simply do not have the resources to manage an event like this on our own.

In 2015, then Home Secretary May accused the Police Foundation of “crying wolf” over its concern about the impact of police cuts. But a recent report from Her Majesty’s Inspectorate of Constabulary (HMIC) suggests otherwise. The Conservative government’s austerity programme has left policing in England and Wales in a “potentially perilous state”, according to the report. The budget cuts in excess of 20% seem to be stretching our defence forces to the point where the army must pick up the pieces, as White suggests.

Properly prepared emergency services are the backbone of a civil Britain. And as the horrific tragedy in Manchester shows, we do not know when disaster will strike. Yet our police officers are telling us that the Conservatives are not providing them with the necessary resources. As White says, “prevention is better than cure”.