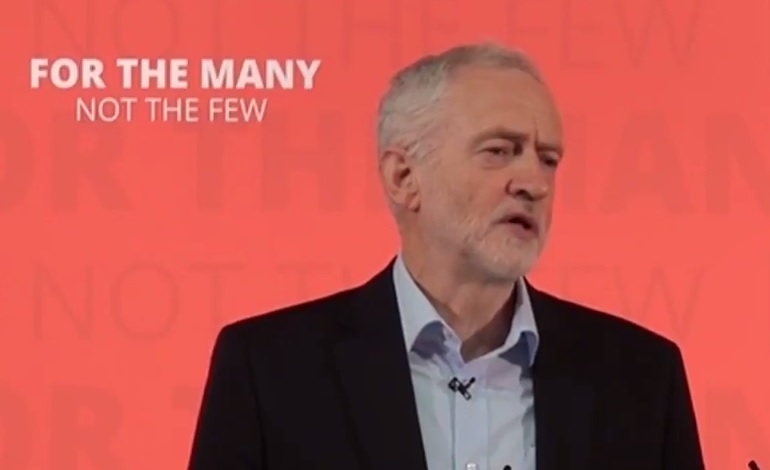 After the Manchester bombing on 22 May, the value of life – and in particular of children’s lives – has become painfully pronounced. The loss of life suffered on that brutal evening will never be forgotten.

Earlier in the day, Jeremy Corbyn had spoken about children. He was addressing the value we can add to their lives, through arts and education in our schools.

Corbyn launched his party’s culture manifesto that day. And he made clear what his priorities will be in shaping how young people interact with creative disciplines. He said:

Labour will not only feed our children’s stomachs, we will feed their minds and unleash their creativity.

Corbyn is in part referring to his party’s pledge to provide free school meals to all primary children if elected. But he’s also now promised £160m per year for a new Arts Pupil Premium. He elaborated on this point:

we [Labour] will be, in addition to properly funding our schools, scrapping tuition fees and introducing universal free school meals in our primary schools… we will go further. Labour will introduce an Arts Pupil Premium that will allow every primary school child in England the chance to learn a musical instrument, take part in drama and dance, and have regular access to theatres, galleries and museums.

He said this would allow arts education in state schools to “match standards” currently only found in private schools. He continued:

We will deliver a creative future for all and a culture for the many, not the few.

The culture manifesto also commits to creating a £1bn culture capital fund, which will be used to improve and expand arts venues and infrastructure across the country. And it includes a pledge to review the business rates system, to help smaller venues struggling with big rate rises, and to continue free access to museums and galleries. Furthermore, it promises to put the cultural sector front and centre in the Brexit negotiations.

Investment in the creative sectors, of course, creates jobs. A renewed push to invest in the arts created over 7,500 jobs in Hull in the space of four years, according to another speaker at the event. That’s the city where Corbyn was speaking. And the arts bring in money through tourism. But their value is more than that, and it’s not solely limited to those who pursue or work in the sector.

First-hand experience of the arts encourages important life skills. It helps us to communicate, to listen and to express. It forces us to collaborate, invent and question. We are driven to imagine and dream through it. And it inspires us to empathise with others as we listen, watch or play out the stories of their lives.

And having a leader who recognises that is crucial if we are to achieve it.

You can watch Corbyn’s full speech on his culture manifesto here: