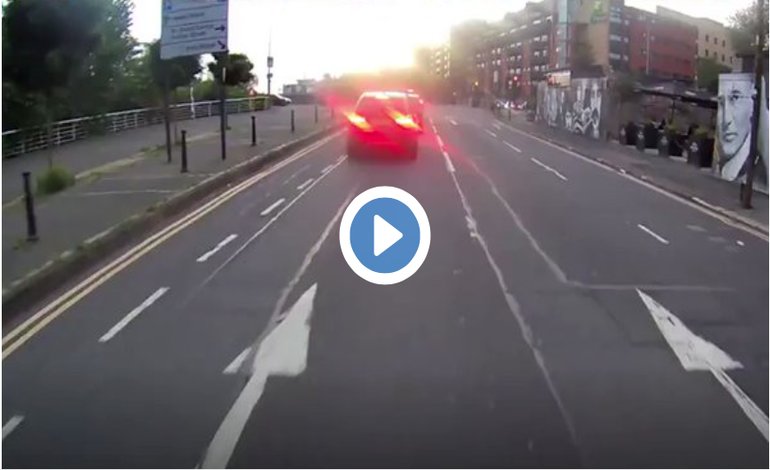 Footage from Jeremy Corbyn’s visit to Scotland shows scenes happening around the Labour leader which would never happen to Theresa May. A Scottish cyclist catches up to Corbyn’s car as it’s stopped at a red light, and the unthinkable happens.

The cyclist calls for Jeremy Corbyn to open his window so he can speak to him, and the Labour leader promptly does. The unnamed cyclist then says:

I wish you all the success Mr Corbyn. I hope you become our next Prime Minister.

I think you handle yourself fantastic.

As Corbyn thanks the rider, voices from other cars begin shouting ‘Corbyn!’ until the whole queue of traffic is cheering.

It is the latest moment in the Labour campaign which goes some way to explaining the party’s staggering rise in the polls. Labour is now polling 57 points ahead of the Conservatives with people under the age of twenty five.

In an era when trust in politicians is so eroded, it’s more common for passersby to throw eggs than compliments. Which makes the scenes in Scotland all the more remarkable.

We can’t imagine Theresa May getting the same reception at any venue. Except perhaps the Maidenhead Conservative Club.