Look how The Telegraph described Theresa May just 18 months ago. Her party is paying dearly for ignoring the warning [VIDEO] 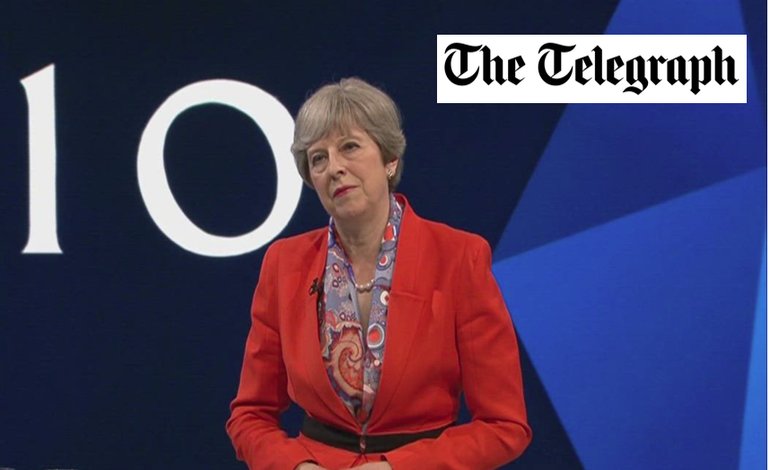 The Telegraph warned the Conservative Party about Theresa May a full 18 months ago. Reading that warning back now, it’s clear that the party should have listened, because it’s now paying a high price for failing to do so.

The Conservative Party under David Cameron was the meanest since Thatcher. This included an astronomical rise in homelessness and dependence on food banks, the Atos work capability assessments, the assault on the NHS and the welfare state. But what Cameron knew was that he could not afford to appear callous at any point. And he got away with more than most leaders by being personable and relatable. He knew how to talk to people and how to wrap his message in enough cotton wool to drown out the screams of those at the sharp end. Not good for Britain, but good for the Conservative Party.

As the Conservatives began to search for a new leader, it was never going to be easy. Michael Gove? Boris Johnson? Andrea Leadsom? None of these figures exactly inspired confidence. And it’s easy to see how May’s almost Victorian air of power and prudence was attractive. Especially to those sick and tired of the Cameron-Osborne Bullingdon Club axis of evil. Maybe Theresa May would be the ‘One Nation’ Conservative the party needed to re-energise the base and the economy?

But The Telegraph spotted a major risk in May. Namely, that she apparently had no idea why people hated the Conservative Party. And her worst traits are those of the party at large.

In 2015, then Home Secretary Theresa May gave an anti-immigrant speech at the Conservative Party conference:

The Telegraph responded by accusing May of “fanning the flames of prejudice in a cynical attempt to become Conservative leader”. In a piece entitled Theresa May’s immigration speech is dangerous and factually wrong, the paper stated:

It’s hard to know where to start with Theresa May’s awful, ugly, misleading, cynical and irresponsible speech to the Conservative Party conference today.

If you haven’t seen reports of it, allow me to summarise: ‘Immigrants are stealing your job, making you poorer and ruining your country. Never mind the facts, just feel angry at foreigners. And make me Conservative leader.’

The Home Secretary says she’s worried about immigration [and] social cohesion. If she really wants to help, she could start by abandoning this cheap and nasty speech and the politics behind it.

But then, there’s a Tory leadership election coming and Mrs May’s hopes have been fading as George Osborne (who takes a rather different view of immigration and its consequences) has become the party’s favourite for the job. And political ambition is more important than talking responsibly and honestly about immigration, isn’t it? What a curious form of leadership.

May’s efforts worked in the short term. She ousted Osborne with barely a whimper. And she brought the UKIP vote to the Conservative Party with her appeal to fear and division. But she also killed off the hard-won efforts to rebrand the Conservatives as anything but the ‘nasty party’. She hoped to avoid paying the price by calling a snap election while the conservative media and right-wing of the Labour Party kept Corbyn at bay on her behalf. But even with all those advantages, her double-digit poll lead has been vaporising by the day – now down to just six points.

The party is paying dearly for ignoring the warnings. It is now a distinct possibility that not only could the Conservatives have their tiny majority reduced on 8 June, but that they might just lose power altogether.