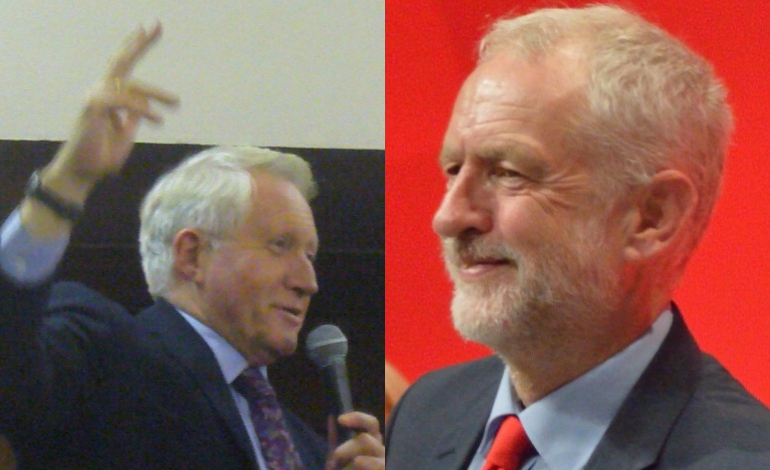 Veteran broadcaster and BBC Question Time host David Dimbleby has launched a scathing attack on the way the mainstream media is treating Jeremy Corbyn. And his comments reveal that he believes the election is far from a done deal for Theresa May.

Speaking to Radio Times, Dimbleby described the media’s attitude towards the election as “lazy pessimism”. And he gave his own predictions for election night:

My own prediction is that, contrary to the scepticism and lazy pessimism of the newspapers and the British media, it’s going to be a really fascinating night, and it will drive home some messages about our political system and the political appeal of different parties that no amount of polling or reading the papers will tell us.

Significantly, Dimbleby also claimed that Corbyn had not received “a fair deal” from “a right-wing press”:

And I don’t think anyone could say that Corbyn has had a fair deal at the hands of the press, in a way that the Labour Party did when it was more to the centre, but then we generally have a right-wing press.

The mainstream media has been accused of being hostile to Corbyn. And while this is to be expected from the likes of The Daily Mail and The Sun, even supposed left-wing papers such as The Guardian have consistently run anti-Corbyn stories. As The Canary reported previously, the paper’s editorial on 9 May was more suited to The Mail. And it was this editorial that led 68 media academics from universities around the country to write to the paper. They stated:

They referred to academic studies, such as one from the London School of Economics, which found that the press had turned into an “attackdog” against Corbyn:

If the Conservative story is how Theresa May is the ‘brand leader’, the interesting thing is that a lot of Labour supporters really like and believe in the messages that Jeremy Corbyn is bringing across.

And this is what makes this such an interesting election. People who have long believed that parliamentary politics didn’t represent them are experiencing an unusual feeling: hope. And this is reflected in the crowds that are greeting Corbyn around the country.

The gap in the polls is closing, and this is despite what Dimbleby describes as a “lazy” and “right-wing” media. Across the country, we are waking up and beginning to believe that another world is possible. And on 8 June, we can play a part in making that world a reality.