We need to talk about Corbyn and Woman's Hour. Because it wasn't as bad as the media want you to believe [OPINION] 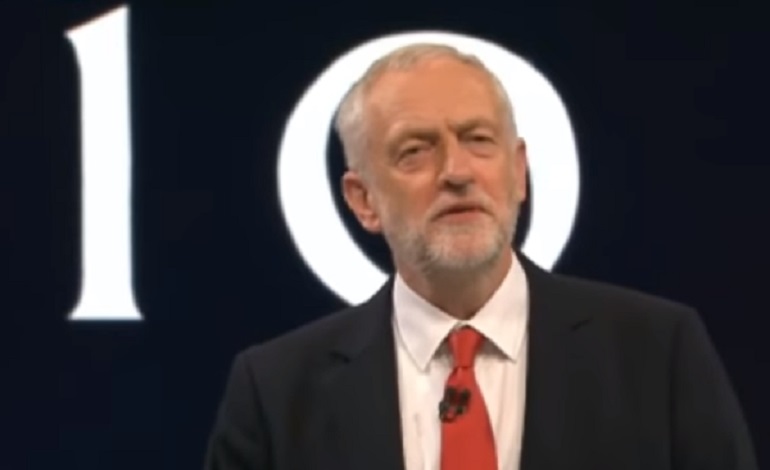 On Tuesday 30 May, Jeremy Corbyn was interviewed on BBC Radio 4‘s Woman’s Hour. Let’s not beat about the bush: his mind went completely blank when host Emma Barnett asked how much Labour’s free childcare policy would cost. But it wasn’t half as bad as the mainstream media would like you to believe.

Barnett asked Corbyn how much Labour’s manifesto proposal to extend 30 hours a week of free childcare to all two-year-olds (1.3 million children) would cost. And he couldn’t remember:

We’ve all been there. You have a momentary blip; something you wanted to say escapes you in a job interview; a point you wanted to make to your partner goes out of the window. When this happens, whatever you wanted to say keeps getting pushed and pushed further to the back of your mind. And the pressure of someone repeatedly asking you just makes the thing you were trying to remember all the more difficult to recall. Panic sets in. Adrenaline takes over. And you fall apart.

Now imagine being Jeremy Corbyn. The previous night, you’d just done an interview with one of the toughest journalists on TV. In the morning, you faced another interview before going on to do a live web Q&A session. Then, in the evening, you’re supposed to be on the BBC again. All sandwiched in between launching Labour’s BAME manifesto. You think you could cope? Good luck with that.

And Corbyn, I think, handled it remarkably well. He didn’t pluck figures out of thin air like Diane Abbott did. He was honest about the fact he couldn’t remember and wanted to try and find the answer. And in the scale of balls-ups, this wasn’t massive. If you want a complete failure of figures, look no further than Chancellor Philip Hammond wiping £20bn off the cost of HS2, live on the BBC. And at least he didn’t do a Theresa May, who completely forgot where she was mid-interview.

But we should also be fair to host Barnett, because social media has been tearing strips off her. While aspects of her interview were undoubtedly unnecessary (telling the listener Corbyn was looking on his iPad and “waiting for an email”), only last week I reported on her grilling of Conservative James Cleverly. And she absolutely ran rings around him, using Corbyn’s assertion that foreign policy played a part in increasing terrorism. This, in part, was essentially a defence of the Labour leader’s comments:

Take a look in the mirror and what do you see?

As a journalist, I’ve struggled to remember facts and figures live on air more times than I care to remember. And I’m not the leader of one of the biggest political parties in Europe. But surely, that’s what he has a Shadow Education Secretary for. Right? Because Angela Rayner gave a solid account of the policy earlier on BBC Radio 4‘s Today programme.

This incident does pose a deeper question about the kind of politician we want in the UK, however.

Do you see it clearer?

Is it weak leadership to admit that you can’t remember something? No, I’d view it as accountability, which is one of the most important qualities a politician should have. Is it a reflection that Labour can’t be trusted on the economy? No, because the costings for free childcare are there, regardless of whether Corbyn can remember the numbers or not. Does Corbyn floundering live on air show he’s not up to the job of PM? No, it shows he’s human. And this is what we’ve been lacking for decades.

Or are you deceived?

If people wanted a slick-haired, slick-suited ‘yes’ man as Labour leader, Tony Blair would be in charge. But the overwhelming consensus from not only UK society but the world is that the old way of doing politics is over. People are tired of having politicians in charge who they don’t feel they can relate to. Politicians who don’t seem to put them first. Politicians who only seem accountable to big corporations, and whose modus operandi is to lie, spin, and trick the electorate.

He’s only human, after all

Corbyn breaks every corporatist, neoliberal mould going. Yes, he messed up on Woman’s Hour. So what? If push came to shove, I’d prefer a PM who was on the side of ‘ordinary’ people: a PM who made honest mistakes instead of wilful deceptions. We need a person running the country who truly understands people’s lives, not someone who reels off empty soundbites. And if he makes the sort of mistakes that any of us could make – including other politicians – then so be it. He’s only human after all.