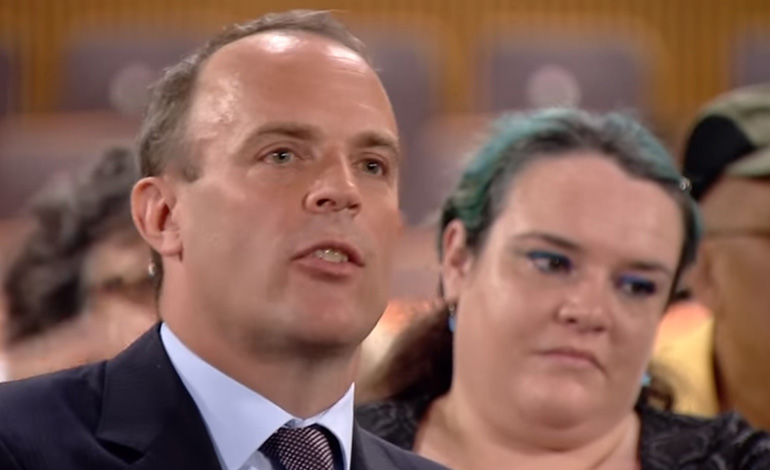 On Monday 29 May, Victoria Derbyshire hosted an election debate live from Dunstable on the BBC. Alongside 120 audience members, she was also joined by Conservative parliamentary candidate Dominic Raab, the SNP’s John Nicolson, and Labour’s Emily Thornberry. Raab took this opportunity to highlight why he thinks so many more people need to use food banks. And it’s not because they’ve been forced into poverty. It’s because they’ve got “cash flow” problems.

A former solicitor in the City, Raab is now the defending candidate for Esher and Walton. Among other ‘core convictions’, Raab believes in “more free speech and less political correctness for a healthier democracy” and “more ladders of opportunity, so youngsters from any background can be successful”. But this ‘free speech’ landed him in some seriously hot water when he claimed the majority of people who use food banks just have ‘cash flow’ problems.

He even twisted data from the Trussell Trust to back up his argument:

During a section on the economy, an audience member asked why so many people are using food banks under this Tory government. Raab responded:

In terms of the food bank issue – and I’ve studied the Trussell Trust data – what they tend to find is the typical user of a food bank is not someone that’s languishing in poverty, it’s someone who has a cash flow problem episodically.

The audience then burst into shouts and jeers, forcing Raab to add:

No, it’s true… That is what the Trussell Trust data says.

The Trussell Trust would be outraged by you saying that.

To which Raab said: “No they wouldn’t”. After Nicolson demanded a clarification, Raab said he came to this ‘conclusion’ using the data the charity keeps on the reasons why people come to its food banks.

The most common reason people used a food bank in 2016 was because there was a delay in their benefits payment (27.45%). But this was only slightly above the 24.94% of people forced to use a food bank because of a low income.

For Raab to use this marginal difference to claim most people use these services because of a “cash flow problem” is not only a huge injustice but also distracts from the real problem. Using such a term also infers the user has a problem with managing their own finances, when in fact it is the government’s fault for delaying benefit payments.

A combination of reasons

When you compare the Trust’s data taken from 2015 and 2016, you can see the real reason. The number of people needing to use food banks because of low income increased by 2.59% from 2015 to 2016. Likewise, the number of people using it because of changes to their benefits increased by 2.44%. The people with delays to their payments actually decreased: 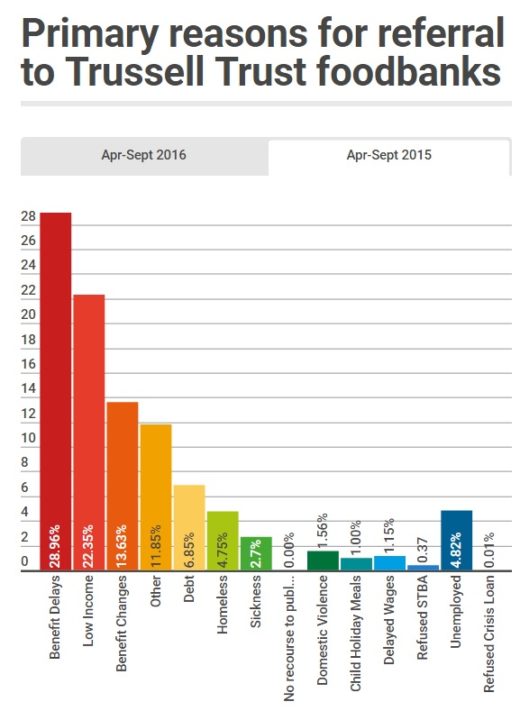 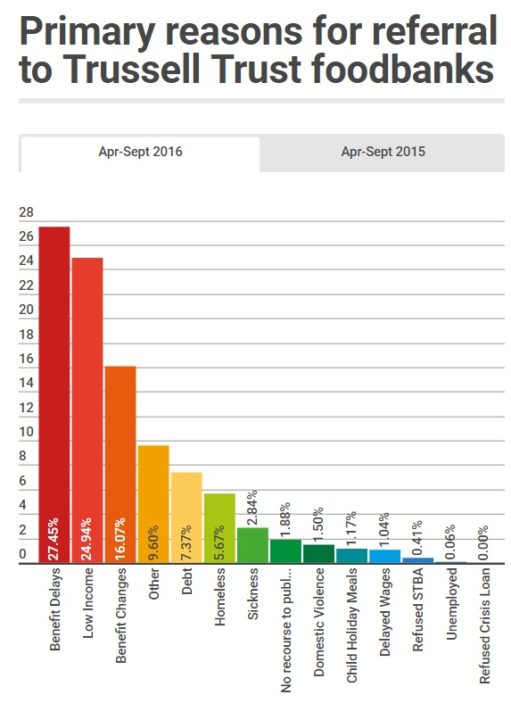 Seen those comments on #VictoriaLive about #foodbanks and want to know the truth? Here's The Trussell Trust's response > pic.twitter.com/SOqrVvVvMS

Many took to Twitter to share their outrage at Raab’s comments and remind the nation why they won’t be voting Tory on 8 June:

This MP is out of touch and has no place, IMO, in representing people when he has no understanding of what is happening. #VoteToriesOut

i have a terminal degenerative condition and have had to turn to your food banks. tories are cruel &don't care about poverty traps

Dominic Raab couldn't even bring himself to look that woman as he knows the Tories welfare reforms is killing people. #VictoriaLive

Raab’s comments proved just how out of touch he is with reality. The Trussell Trust is experiencing unprecedented demand for its services because vulnerable people are struggling to survive in this low wage, exploitative society. The fact that Raab dismissed this as just a problem with “cash flow” goes to show the lengths to which he and the Conservative government will go to pass off the responsibility.