Forget what the media says. This is the truly important part of Corbyn's One Show appearance [VIDEO] - Canary 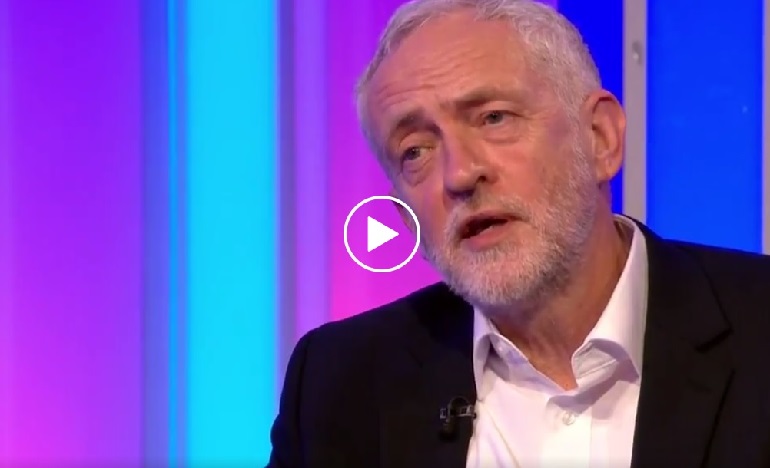 There were loads of points that the media sought to take away from Jeremy Corbyn’s appearance on The One Show on 30 May. But all of those fade in comparison with one important exchange, which revealed the Labour leader’s motivation and commitment for the whole country to see.

In the aftermath of Corbyn’s interview, most media outlets either focused on talk about his upbringing, or on hedges and Jamaican chickens. But there was one main takeaway point that the mainstream press seemed to ignore.

Asked about his feelings regarding the prospect of becoming prime minister, Corbyn spoke of:

Hope for what we can do. And hope of the way we can change things in this country.

Then he faced a question about if he was more of an activist than someone who has always wanted to become prime minister. And he said:

Is there a difference?

I’ve been active in politics, human rights, and many things all my life… I get an awful lot of comfort, support, advice, help, and knowledge from the people that I represent. And I think, if you’re to lead, you have to be prepared to listen as well…

He then made it very clear that his focus was not on gaining a prestigious title, but on changing society:

"I'm giving everything I can to win this election". Fab from Jeremy Corbyn on #TheOneShow tonight. pic.twitter.com/D0tVbwXQl4

The exchange above was a clear expression of Corbyn’s main political motivation – the desire for change and greater justice in Britain. It was also a clear expression of what type of prime minister he would be – one who listens to the people he represents, and who will give everything he has to get them justice.

Far away from media conversations about hedges and chickens, it’s Corbyn’s motivation and commitment that really matter. And that’s what the whole country needs to remember on 8 June.