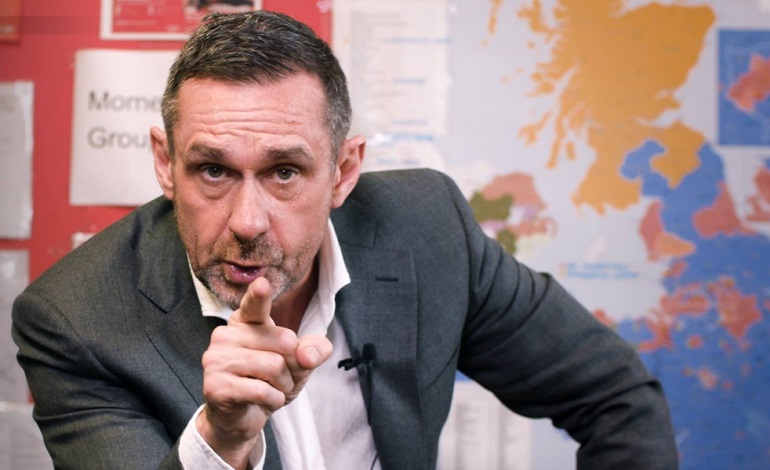 A leading campaign group is trying to get every Labour leaning voter to take the ‘day off’ on Thursday 8 June. And its reason is very simple: Jeremy Corbyn needs you to get people to come out and vote for him.

Momentum, the Corbyn-supporting grassroots campaign group, has launched its ‘Election Day Pledge’ campaign. The idea is a simple one: people sign up to Momentum’s pledge, receive information on how they can support Labour in their area, and then on 8 June, go out and help on the doorstep, encouraging people to go and vote. Journalist Paul Mason, who is supporting the campaign along with Noam Chomsky and Owen Jones, explains:

[8 June] is the day we knock on doors of those we’ve identified as Labour voters, to remind them to vote. It’s the day our efforts on the doorstep will win or lose the election. One person can knock on 100 doors in one day – which in marginal seats can mean the difference between a Labour MP, or someone else.

The Election Day Pledge campaign is part of a wider strategy by Momentum. Its initiatives have included:

Come rain or shine on 8 June

But the Election Day Pledge is probably its boldest campaign move yet. A spokesperson for Momentum told The Canary:

8 June is the most important day of campaigning. It is the day we get on the doorstep and make sure Labour voters cast their ballot. It is the day we make sure the millions of young people who registered to vote make it to the polling station. We’ve already had thousands of Labour activists pledge the day on 8 June. But we need more.

If you want to transform Britain and get Jeremy Corbyn in Downing Street go to www.electiondaypledge.co.uk and pledge some time on 8 June.

Momentum is one of the most diverse and ingenious campaign groups in the UK. During the course of this general election, it has constantly looked for new and inventive ways to engage and inspire voters. And now, with the final stretch of the campaign in sight, Momentum is hoping that come rain or shine, Labour’s supporters will be out in their droves to vote. And it has a plan to make sure this happens.