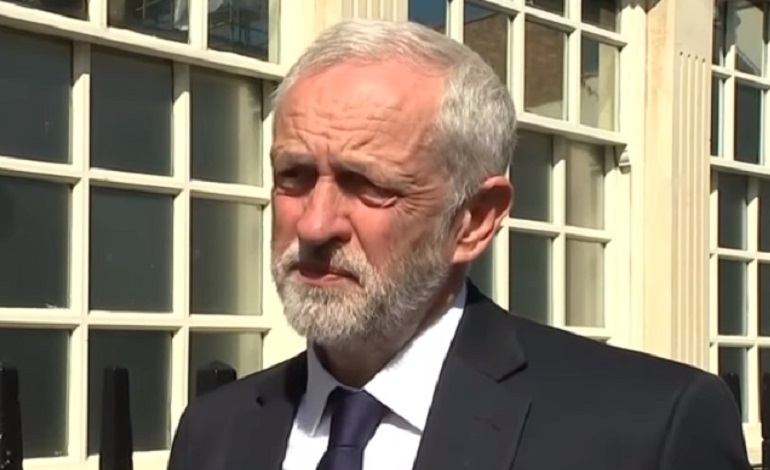 Jeremy Corbyn has given his response to the attacks in London on Saturday 3 June. In a televised statement he said he was “absolutely shocked and horrified at what happened”. But when an ITV journalist asked about how the attacks, in which seven people died, would affect Labour’s polling, he chose to remain completely dignified.

Corbyn was responding to the attacks in London. Seven people were killed and more than 40 injured when a van drove into pedestrians on London Bridge, and three assailants reportedly began indiscriminately stabbing people.

We won’t be campaigning nationally during today, but we’ll be resuming later on because I think it’s important to give a message that democracy must prevail. If we allow these attacks to disrupt our democratic process, then we all lose.

The journalist interviewing him then asked whether the London attacks would be a “positive or negative” for the Labour Party’s polling. But Corbyn would not respond to the question:

Corbyn also praised the “brilliant” emergency services. The journalist asked him his thoughts on the “unprecedented” nature of the recent terrorist attacks, including the one in Manchester which killed 22 people, before a general election. Corbyn said:

I can’t recall any other election when there’s been anything like this. This has got to be the worst. I hope it will not disrupt our process, because we have to have a democratic process. But I also hope we’ll reflect on the need to have sufficient police officers on our streets. But also, sufficient intelligence to look a the terrorist threat… In response, as in Manchester, all communities must come together. Our strength is the strength of our community unity.

In the aftermath of such an attack, it is debatable whether suspending election campaigning is the most appropriate response. While respect must be shown to the victims, these indiscriminate and senseless attacks are still a political issue. We must respond, and we must also move forward. But goading politicians to talk about how they may or may not benefit from terror shows a callousness and cynicism that cannot be part of the response.