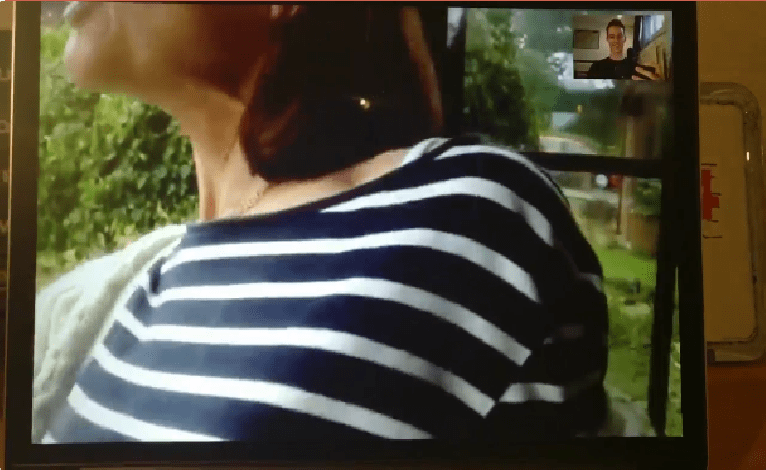 Social media user Tom was left in hysterics after his mum destroyed a Tory doorstepper while FaceTiming him.

Midway through the mother-son video call, a Conservative campaigner came knocking at the door. Knowing what his mum is like, Tom asked her to take the laptop with her. She did not disappoint:

So some Conservative came to visit my mum while I was FaceTiming her. You're gonna wanna watch this. @jeremycorbyn pic.twitter.com/5IMB9BRqQJ

To which the Conservative campaigner responded with a go-to smear about Jeremy Corbyn:

… put an IRA supporter in charge of our country?

But she was having none of it:

I don’t give a shit about the IRA… I really do not want your shit through my door ever again. So if you wanna cross me off your list I would be really happy

How was that Tom?

On the BBC Question Time election special, Corbyn was asked about the IRA. He set the record straight:

I was talking to representatives of the Republican movement… actually so was the government at the same time… You have to bring about a peace process by talking to people that you don’t agree with. If you just talk amongst your friends, you’re not going to get a peace process

The violence finally ended due to the peace process Corbyn participated in. That was achieved by numerous governments negotiating with the IRA:

The British Government held secret talks with the IRA in

The attempts to smear Corbyn not only misrepresent history, but also suppress the Labour leader’s history of supporting peace and negotiation. For example, Corbyn received the Gandhi Foundation International Peace Award in 2013. He obtained the prestigious award in recognition of his “consistent efforts over a 30-year Parliamentary career to uphold the Gandhian values of social justice and non‐violence”.

Given the context that Corbyn has always supported peace, Tom’s mum spoke for many when she said she “doesn’t give a shit”. That the Conservatives have to dig so far into Corbyn’s past to attempt to find something of use speaks volumes. Tom’s mum refused to be distracted by such irrelevancies and that’s a lesson for us all.