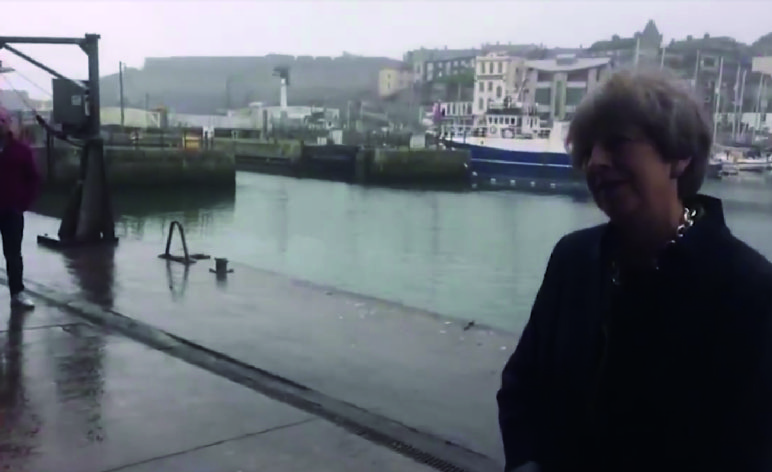 Hundreds of postal ballots have gone missing in Plymouth. The Plymouth Herald believes the issue could affect up to 580 people. A number which is significant, as both Plymouth seats were won with a margin of less than 5% in 2015.

The missing ballots are being investigated by the council’s electoral registration office and the Royal Mail. It’s confirmed they were sent first class on Wednesday 31 May, but it’s unknown where they ended up. The council is currently run by a Conservative and UKIP coalition.

Told that Plymouth council head of council operations is UKIP councillor who is 'beyond useless'. Given snap election, may not be isolated

I applied for a postal vote as soon as I could. Leaving the UK last Thursday meant that when my postal vote hadn’t arrived by last Wednesday I was a little worried.

I thought about changing it to a proxy vote just be sure I’d get my vote, but when I rang the council on Wednesday they guaranteed that it would arrive on Thursday. I took their word so therefore didn’t apply for proxy and missed the deadline for that. When it didn’t arrive on Thursday I knew I would now miss voting.

I rang them again to see if there was anything I could do but I was told that there was no way I would now be able to vote. It’s been a complete and utter farce, I’m missing out on voting which is my democratic right through no fault of my own. It is completely and utterly unacceptable. I’m absolutely fuming with what has happened.

Plymouth is a city that’s had quite a different history to many cities. It has the social class composition of what you would expect to have a high Labour vote. But historically naval towns are more conservative than their class composition might suggest.

The Plymouth Herald interviewed a university student, Georgia Valentine, who studies outside of Plymouth but wanted to vote in her home town:

I was in the last batch of postal votes to be sent out, it was confirmed to have been sent last Wednesday first class, but I haven’t received it, and have now come to learn that there has been a batch lost by Royal Mail last week.

I rang the council more than 20 times and got no answer. Now they are closed and we are one day closer to the election, which I will not be able to vote in.

We have issued all postal vote packs in accordance with the regulations and this has been confirmed by our printers. However, we have been contacted by people who have not yet received their packs. We are urgently investigating this in conjunction with the Royal Mail.

We are aware that a number of postal votes in Plymouth have not arrived with recipients. Royal Mail takes its responsibility of delivering election information very seriously and is investigating this matter urgently. We are currently working closely with the council to organise specific deliveries so that the individuals affected receive their ballot packs as soon as possible.

And the Electoral Commission said it is “satisfied with the steps being taken to rectify any problems”.

The marginality of the city is recognised by the Tories if Theresa May’s two visits in two weeks are anything to go by. Although we’re unlikely to see a third, as the last visit resulted in one of her biggest car-crash interviews yet. Which is really saying something considering the destruction derby that has been her election campaign.

The issue of people being denied a vote is serious, though. Especially in a highly marginal seat where every vote is crucial. And the Tory/UKIP coalition in charge of this mess will have a lot of explaining to do if this isn’t rectified.