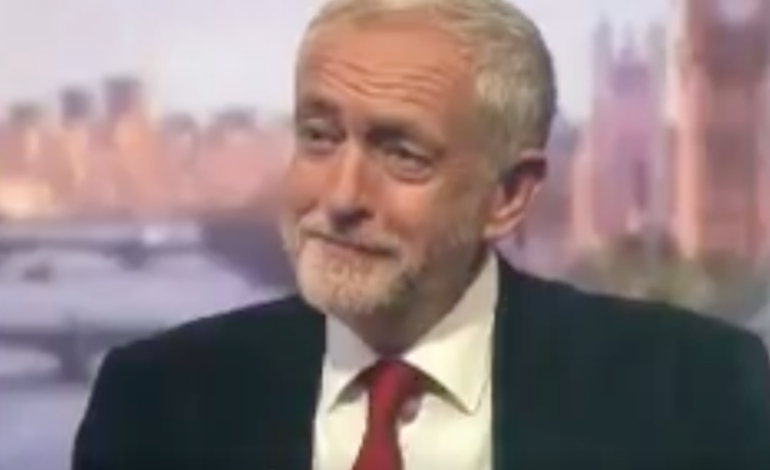 Jeremy Corbyn appeared on The Andrew Marr Show on 11 June. And the last five seconds of the interview showed exactly why Corbyn has appealed to millions of people. And why he would be welcomed by many as the next Prime Minister.

Marr asked Corbyn whether he was “in this for the long term?”. Corbyn replied:

Look at me. I’ve got youth on my side.

"I've got youth on my side" In more ways than one #marr #jeremycorbyn #LabourParty #CorbynForPM #corbyn pic.twitter.com/0p5Hhh6b3H

Although a final analysis hasn’t taken place, the results indicate that Corbyn has inspired a previously disaffected youth who were not engaging with parliamentary politics. So, in the election, he did indeed have “youth” on his side. Those young people have inherited the mess the Tories have made of their lives. And now they are speaking loudly and clearly.

After years of being called ‘weak’ and “unelectable”, Corbyn proved his critics completely wrong on 8 June. Despite original predictions of a Labour wipe out, it ended up gaining dozens of seats.

But while people responded to Labour’s manifesto, and in particularly its anti-austerity agenda, they also responded to Corbyn himself. Because when they saw the man, with his humour, passion and ideas, people began to realise that the narrative they’d been fed about him by the media wasn’t accurate.

This humour was also on display during the leaders’ debate with Jeremy Paxman:

And Corbyn adopted the same approach with Marr when asked about who was going to be in his shadow cabinet:

"I've got youth on my side"… Have you ever seen Jeremy Corbyn more relaxed and confident? #Marr pic.twitter.com/Egi2a92yI6

And in an interview with The Sunday Mirror, Corbyn set out how he plans to challenge May’s shaky grip on power:

We will – obviously – amend the Queen’s Speech. There’s a possibility of voting it down and we’re going to push that all the way. We have got a mandate to deal with issues of poverty, justice and inequality in Britain. We want to end austerity and invest in this country and that’s what we’re going to do. Nearly 13 million people voted for us to do it. That’s why I’m here.

Corbyn offered a message of hope. And it seems to be still drawing people in. Since the election, Labour membership has risen to 800,000. And a new poll by Survation – a company whose final poll before the election accurately predicted that Labour would win 40% of the vote – puts Labour a staggering six points ahead of the Conservatives. If a general election were held tomorrow, the poll suggests, Labour would get 45% of the vote. The Conservatives would get just 39%.

But it’s not just about hope, it’s about doing politics differently. It’s about showing an alternative. Corbyn ran his campaign with dignity, integrity, and some humour, which this five-second clip sums up perfectly. And that has seen him win the vote of masses of young people in the country. Their wishes are important. Because it’s in no small part their future we’re currently building.