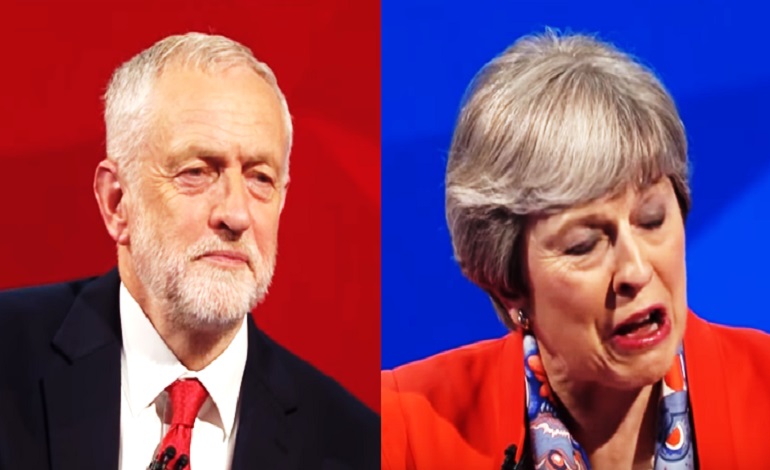 The 8 June general election was a big step forward in the fight against Tory rule. But it also taught us one important lesson about how to bring lasting change to British politics. And establishment politicians definitely won’t want us to learn that lesson.

The Conservative Party is a big fan of the UK’s current electoral system. Mainly because it’s the main beneficiary of that system. This year, for example, it is still the biggest party in parliament, but parties to its left got far more votes.

Britain voted progressive on Thursday but our voting system means votes don't equal seats. We must work together https://t.co/UrfdTDnNgz pic.twitter.com/KrgTahTO3j

But things may be about to change.

The Tories, for example, have long tried to scaremonger about the possibility of an anti-Tory alliance between parties to their left. Even though there was essentially an unspoken alliance between UKIP and the Conservatives during this year’s election. And even though Theresa May is now trying to keep power through an alliance with the regressive Democratic Unionist Party (DUP) – a party with “strong historical links” to terrorist groups.

So Britain may now be waking up to the fact that, as the two-party system no longer represents the population accurately, political alliances (whether on the right or left) are simply necessary in order to govern.

As Green Party co-leader Caroline Lucas said after the election:

Theresa May was right to warn about a “coalition of chaos” – her party is about to try to create one.

The regressive right has come together around shared principles (or lack of principles). So it only makes sense that progressive forces should do the same. And while Jeremy Corbyn apparently managed to unite the Labour Party – which historically hosts a ‘broad church’ of views, it was always going to be a difficult job to be all things to all people. Hence why other progressive parties still exist.

But there was hope in the election campaign. And that came in the form of progressive parties coming together in order to defeat the Tories.

Brighton Kemptown was one example of a progressive victory over the Tories (thanks in part to the Greens stepping aside):

And another place where a Green withdrawal helped Labour to defeat the Tories was Gower:

However, there were also results that Compass calls ‘progressive alliance disasters’. These were areas where progressive parties received a majority of votes, but where the Conservatives won. In these constituencies, cooperation between parties to the left of the Tories would have almost certainly defeated the ruling party.

And there were examples from around the country where this happened:

There were around 57 such ‘disasters’.

In these seats and more, cooperation between parties like Labour, the SNP, the Lib Dems, Plaid Cymru, and the Greens could have easily defeated the Conservative Party. But the opposition of most party leaders to forming anti-Tory alliances essentially handed victory to the Tories.

Moving forward, progressive Britain needs to learn the lesson of 2017

The UK’s current voting system is thoroughly anti-democratic. And we really should campaign for electoral reform. But while we’re stuck with the current system, the focus for all progressives should be to stop the Tories from trampling all over workers’ rights, selling off our NHS, and escalating global conflicts. That means putting party banners aside to protect the interests of ordinary working people.

As Caroline Lucas said after the election:

Over 52% of people voted for Labour, Lib Dems, Greens, the SNP or Plaid Cymru. In numerical terms that’s a progressive majority, yet we’re facing the Tories strong-arming their way into Downing Street… Though the rising tide of rightwing politics was defeated last night, we cannot and should not claim this as an outright victory. Instead we must consider this as a turning point, and the beginning of something, not the end.

The beginning of what, exactly? Cooperation between progressive parties. Putting tribal party loyalties to one side in the interest of defeating a united right. That doesn’t mean everyone has to join the same party. Just that we need to talk with each other and engage in unified action against Tory rule.

And that’s exactly the kind of progressive unity that Britain’s political establishment really doesn’t want us to talk about.

– Sign the Compass petition calling on progressive party leaders to work together.

– Visit Make Votes Matter to get involved in the activist-led campaign for fair votes.