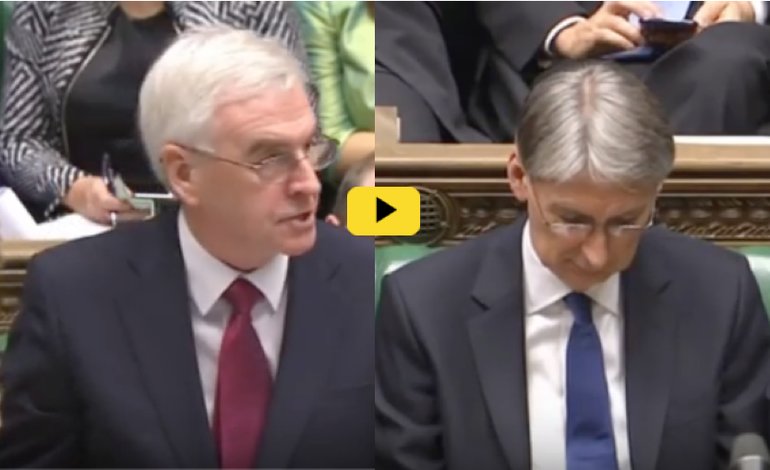 Chancellor Philip Hammond grinned as his party voted for a real terms pay cut to public sector workers. But when faced with a furious John McDonnell on Wednesday 5 June, he struggled to find much to smile about.

The Conservatives and the DUP recently voted down a Labour amendment to the Queen’s speech which would have ended the public sector pay cap. The cap of 1% has frozen pay below the rate of inflation for nearly a decade. This means that the average public sector worker is earning £1,000 a year less than a decade ago.

Things are far worse for nurses, who have seen an average real terms wage cut of £3,000 a year since 2010. By the end of the decade, the government will have cut their wages by a whopping 12%. The government also plans to cut the pay of firefighters by £2,500 a year in real terms by 2020. And the starting salary of police constables was cut by £4,000 in one fell swoop in 2013.

Scrapping the cap and offering pay rises in line with inflation across the public sector would cost £4bn a year. And the Conservatives argue that there is no room in the budget to fund it. During a recent speech, former Prime Minister David Cameron claimed that calls for increased public sector pay were “selfish”. He argued that ending austerity would put the wider economy at risk.

But others argue there is a prudent way to fund the pay rise.

Labour would fund the pay rise by reallocating a portion of the £93bn a year the government currently spends on the corporate welfare state. Research conducted by The Guardian shows that taxpayers are paying around £3,500 a year each in handouts to wealthy corporations. 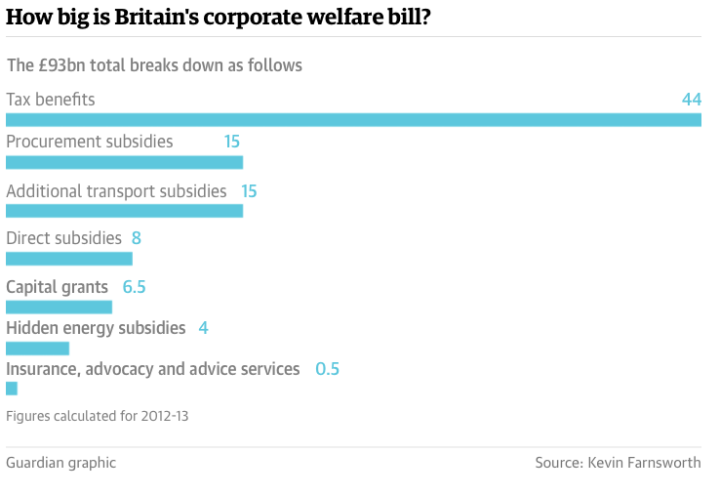 This makes it clear that the pay rise for public sector workers is entirely affordable. Their pay cuts didn’t happen because Britain is too poor to pay better. The pay cap is in place for ideological reasons. Because the government is committed to funding the corporate welfare state rather than the public welfare state.

The whole process degenerates into farce when we have David Cameron earning £100,000 a speech, telling us those people who want more than 1% are selfish…

Cut off from the real world… most people live in, the Chancellor has no understanding why our public sector workers are so angry. They’re angry because they’ve had enough of seeing tax cuts to the rich and corporations while their pay is being cut…

This isn’t a government. This is a cabinet of absolute chaos.

Public sector workers have had enough of seeing tax cuts to the rich & corporations while their pay is being cut. This is a #CabinetofChaos pic.twitter.com/hFvvcyCZ7r

And who in their right mind could disagree?

– Sign the petition to scrap the public sector pay cap.

– Read more from The Canary on the public sector pay cap.

– Support The Canary by becoming a Member.