A senior Tory had a Trump-style tantrum about the media. The internet responded [TWEETS] - Canary 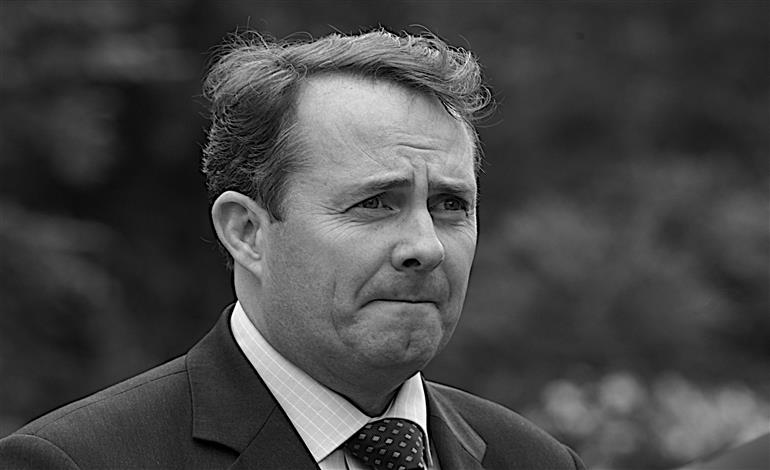 The International Trade Secretary Liam Fox has claimed the BBC would “rather see Britain fail than see Brexit succeed”. The accusation has led to criticism from some, and an attempt by Downing Street to distance itself from his comments. The remarks are notably similar to both President Trump’s attacks on the media, and the recent case of Andrea Leadsom saying broadcasters should “be a bit patriotic”.

Speaking in the House of Commons on Thursday 6 July, Fox said:

It does appear that some elements of our media would rather see Britain fail than see Brexit succeed. And I cannot recall a single time in recent times when I have seen good economic news that the BBC didn’t describe as ‘despite Brexit’.

A government minister attacking the media in this way is a dangerous and misplaced intervention. Mr Fox should get on with the work of government rather than trying to deflect from the failings of his department. It is extraordinary that Mr Fox feels it is appropriate to attack the media. He looks like Donald Trump without the perma-tan.

He may, of course, be trying to distract us from the official data today that shows the number of jobs created by foreign investment fell by 9% last year.

I think some elements of the cabinet would rather see Liam Fox fail that Brexit proceed https://t.co/EeMUxpzibp

Some elements in our Government would rather see Britain fail than abandon their own ideological position https://t.co/PtWainODH0

Most of us would rather see Brexit Fail than Britain Fail

I agree there should be more accuracy, all reports of good news should start with 'Despite Liam Fox' #Brexit https://t.co/m338vOBgph

It’s no secret that much of the UK media has one bias or another. The theoretically impartial BBC is not exempt from that, as academic studies have shown. But the issue isn’t so much Fox’s criticism as his political position and his language. Because when Trump describes the media as ‘enemies of the people’; when Leadsom suggests broadcasters are not “patriotic”; when Fox suggests that the BBC wants Britain to “fail” – this taps into a vein of politics that is more reminiscent of Stalinist Russia.

In fact, the phrase “enemy of the people” was actually criticised by the Cold War leader of the Soviet Union, Nikita Khrushchev, who said:

it eliminated the possibility of any kind of ideological fight.

‘was specifically introduced for the purpose of physically annihilating such individuals’ who disagreed with the supreme leader.

There is mistrust of the media from some quarters when it comes to Brexit. Partly because the prediction that a Leave vote would lead to an instant recession did not materialise. And as recently as 5 July, a group of cross-party MPs met with the BBC to discuss bias. One complaint came from a study that showed BBC Radio 4 Today‘s business slot had three times more Remainers than Brexiteers.

This is an interesting issue. Slightly more than 50% of the UK voted for Brexit. But is it more balanced to split coverage equally between Remainers/Brexiteers, or by the percentage of criticism/support that exists?

A comparison is with climate change. Because when you have one climate scientist arguing with a climate sceptic, it gives the impression that both sides are equally weighted. In reality though, the vast majority of scientists agree that man-made climate change is a real issue.

It’s certainly true that both Brexiteers and Remainers deserve a voice. We live in a democracy for one and, secondly, Brexiteers won the referendum. As several prominent Brexiteers are in government, though, it seems unlikely that their voices will be ignored. Especially as they are literally the people who will be in the Brexit negotiations.

There are signs that some Brexiteers would rather there were no dissenting voices at all, though. A message that was best captured by The Daily Mail‘s CRUSH THE SABOTEURS front page. And it’s a message Fox himself seems in sync with.

– Read and support other independent media outlets that hold the powerful to account.