Tony Blair thought he'd got away with invading Iraq, but he could now be in for a nasty surprise - Canary 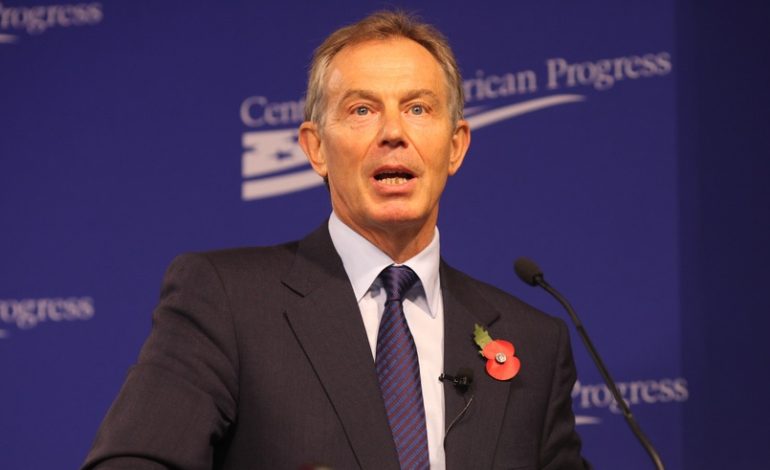 If Tony Blair thought he’d got away with the 2003 invasion of Iraq, he could now be in for a nasty surprise. Because a high court judge is currently deliberating whether the former prime minister can indeed be prosecuted for taking Britain into an “unnecessary” war.

Saddam Hussein did not pose an urgent threat to the UK, intelligence reporting about [Iraqi] weapons of mass destruction was presented with unwarranted certainty, that the war was unnecessary and that the UK undermined the authority of the UN security council.

Mansfield is representing former Iraqi general Abdulwaheed al-Rabbat, who is pursuing a judicial review of a judgment by Westminster Magistrates Court. That judgement said Blair couldn’t be prosecuted because he enjoys immunity. Although the ‘crime of aggression’ reportedly doesn’t exist in UK law, Mansfield says the concept was used by British prosecutors in war crime trials against Nazi leaders; so it can be used here.

With you no matter what

This news comes alongside an interview on the BBC with Sir John Chilcot – the man who led the inquiry into the invasion – a year after he published his report:

"You mustn't say that!" – Sir John Chilcot on his reaction to reading Tony Blair's, 'I shall be with you whatever' note to George W Bush. pic.twitter.com/WFJXOu1AQn

Chilcot described in particular his shock at a note Blair wrote to his US counterpart – former President George W. Bush – which said “I shall be with you whatever”. Chilcot argued that Blair had no right to say that. But while he felt Blair was being “emotionally truthful” during the inquiry, he thought he wasn’t being “straight with the nation” when taking it into war.

The Chilcot report, published on 6 July 2016, concluded that the UK chose to join an invasion of Iraq before peaceful options were exhausted for possible disarmament of alleged weapons of mass destruction. It also found that the purported threat posed by WMDs were presented with a “certainty which was not justified”.

Today, Iraq is still suffering the consequences of the invasion. In 2007, a study found that 35% of Iraqis were suffering from some form of mental health ailment. The country also has a crisis in psychological help. And Iraqis (along with others throughout the Middle East and the West) are under threat from Daesh (Isis/Isil) terrorism as a direct consequence of that decision to go to war.

With all this in mind, it’s no surprise that Middle Eastern citizens, such as those from Iraq and Syria, filled the high court for the case against Blair. Because even though Blair has so far managed to evade the consequences of his decisions, the same can’t be said of those still living through them.