Ken Loach is trying to shut down one of this summer's red-hot events. And thousands are behind him [VIDEO] - Canary 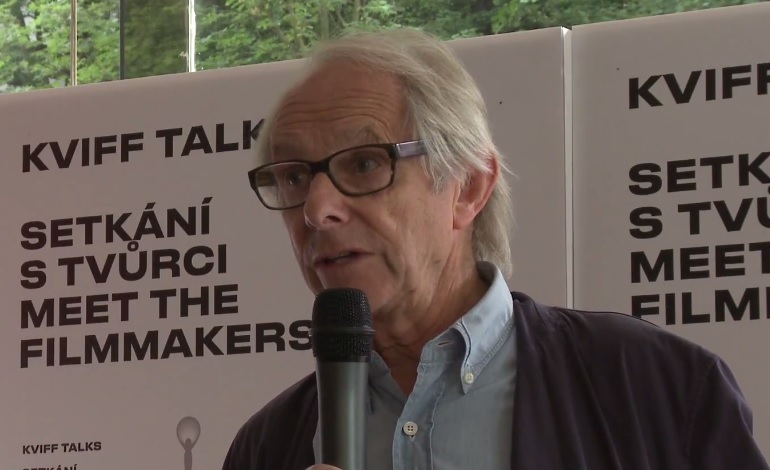 Ken Loach has sent out an urgent plea to a famous British band. That band is Radiohead, which is planning to play a gig in Tel Aviv on 19 July.

Loach also had a few choice words for the British government when explaining the situation at a film festival.

Loach recently spoke at the Czech Republic’s Karlovy Vary Film Festival alongside his scriptwriter Paul Laverty. During the talk, an audience member asked the filmmaker about his “public feud” with Radiohead’s Thom Yorke. Loach explained:

Radiohead, the band, is going to play in Israel in about two or three weeks’ time in Tel Aviv. A number of musicians and writers, and different people in the arts, have written collectively and in small groups to Radiohead to say ‘please don’t go’; because the Palestinian people have asked that there should be a cultural boycott of Israel while it keeps stealing Palestinian land. And while it keeps making the lives of Palestinians intolerable through checkpoints, while it encircles Gaza, while it has killed people with impunity, while it is in breach of international law, breaking the Geneva Conventions.

Loach then talked about why he feels the artist-led cultural boycott is particularly necessary:

There’s a wide feeling that, because our government – and the American government – supports the Israeli government… that it’s the job of our civil society to say ‘they don’t do this in our name’.

Radiohead, however, has so far remained steadfast on going ahead with the gig. In June, Yorke responded to the boycott calls by insisting:

All of this creates divisive energy. You’re not bringing people together. You’re not encouraging dialogue or a sense of understanding

There are people I admire [who have been critical of the concert] like Ken Loach, who I would never dream of telling where to work or what to do or think.

It’s offensive and I just can’t understand why going to play a rock show or going to lecture at a university [is a problem for them]… it’s really upsetting that artists I respect think we are not capable of making a moral decision ourselves after all these years.

Without sufficient action from influential governments, however, many artists obviously feel compelled to act. Especially in light of the regular reminders of how Israeli state oppression plays out.

Our land, our rules

For example, it emerged on 3 July that Israeli authorities had seized solar panels from a Palestinian village. The village of Jubbet al-Dhib is situated close to illegal Israeli settlements that are connected to a power grid. But citizens say they only had access to around three hours of electricity per day prior to an aid organisation installing the solar panels.

The humanitarian project was coordinated by the Netherlands, which spent half a million euros on the effort. The Dutch Foreign Ministry has now lodged a complaint with the Israeli government over the raid. The Israeli outfit responsible said that the installation went ahead without the proper permissions. But Jubbet al-Dhib is in the occupied West Bank. So if Israel wasn’t illegally occupying Palestinian land, then no permission (which is allegedly very hard to obtain) would be necessary.

Meanwhile, award-winning Haaretz columnist Gideon Levy has reported that energy rationing is going on wholesale in Gaza; an area of Palestine under siege by Israel. He claims that all two million inhabitants are surviving on just 2.5 hours of electricity a day. This is thanks to an Israeli project that Levy calls “one of the biggest experiments involving human subjects ever conducted anywhere”. He insists that:

Gaza is dying, slowly. Elsewhere, its suffering matters to no one. No one in Washington, or Brussels, or Jerusalem, or Cairo nor even in Ramallah.

In response to the behaviour of the Israeli state, people like Ken Loach are urgently calling for civil action in the shape of a cultural boycott. Artists like Radiohead’s Thom Yorke, however, apparently believe that continued dialogue is important.

In fact, a number of Israeli musicians recently wrote an open letter to Yorke, saying:

Please reconsider violating the Palestinian call for boycott. We remain at the ready to talk to you about any questions or concerns that you may have, and continue to welcome a conversation with you.

For now, the debate continues. But with every day, it seems that both Palestinians and a growing number of Israelis believe Loach is right about the need for a cultural boycott.

Watch Loach and Laverty’s full talk here (or Loach’s answer on the boycott from 51:45):

– Find out more with the Palestinian Solidarity Campaign.

– Read more Canary articles about Palestine and Israel. And see more international reporting from us at The Canary Global.