A Conservative MP made a racist 'woodpile' comment. But it's not the first time a Tory has said it. 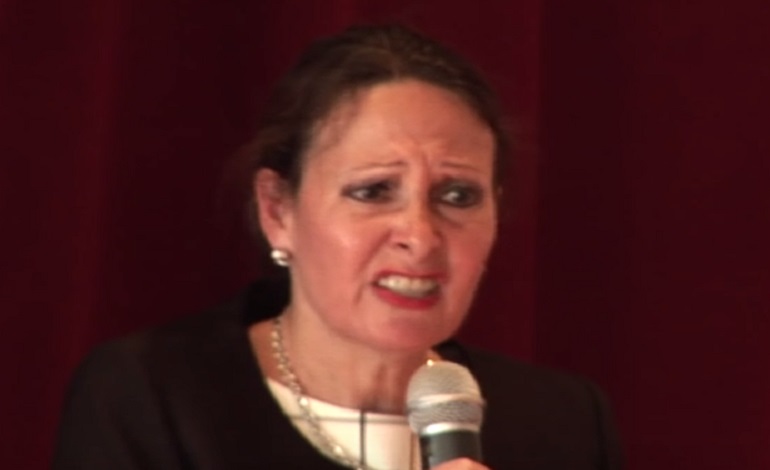 A recording of a Conservative MP using the phrase “the n****r in the woodpile” has emerged. Tory MP for Newton Abbott Anne Marie Morris used the phrase in relation to Brexit, during a debate with other Conservative MPs. She has since had the party whip withdrawn (been suspended). But what makes the matter worse is that it’s not the first time a Tory has used this phrase. And it may point to a deeper problem with racism in the Conservative Party.

Morris was speaking at a meeting about the financial services industry and Brexit. It was organised by thinktank Politeia, and fellow Tory MPs John Redwood, Bill Cash and Kwasi Kwarteng also attended. Morris was recorded saying:

Now we get to the real n****r in the woodpile, which is, in two years, what happens if there is no deal?

Morris has since apologised, saying:

The comment was totally unintentional. I apologise unreservedly for any offence caused…

But this is not the first time a Conservative Party politician has used this outdated and offensive phrase.

A history of racism?

In 2008, Lord Dixon-Smith was taking part in a debate in the House of Lords on estate regeneration. Referring to the Homes and Communities Agency, which at the time was only a proposal, he said:

Of course, the n****r in the woodpile… is that it still incorporates what I call the hangover of the new towns legislation.

Then Conservative Party leader David Cameron said that Dixon-Smith’s comments were “inappropriate”, but that there was no need for him to resign. Dixon-Smith himself said that the comment “slipped out without my thinking. It was common parlance when I was younger, put it that way”.

While there has been a nine-year period between Dixon-Smith and Morris’ comments, it appears that some members of the Conservative Party still believe that using derogatory, outdated, and racist words or phrasing is acceptable. Because we have been here before. And things don’t seem to change.

Foreign Secretary Boris Johnson’s use of phrases like “piccaninnies” and “watermelon smiles” when referring to black people may have been in 2002. But Johnson caused more controversy in April 2016. He said that Barack Obama’s part-Kenyan heritage may have been the reason a bust of Winston Churchill was removed from the White House:

And Zac Goldsmith was widely criticised for his 2016 mayoral campaign against Sadiq Khan; as many people believed that the Tory MP for Richmond Park ran a racist, divisive campaign against the now-Mayor of London.

Racists are not welcome here

There appears to be a problem at the heart of the Conservative Party with racism. While, of course, not all Tories are racist, there appears to be a segment of the party that thinks casually racist comments are acceptable when made away from the public eye. And there are those, like Goldsmith, who have sown division in a very public way.

Theresa May made much on the steps of Downing Street about building a “country that works for everyone”. But it seems that some Tories might not think that “everyone” in the UK is equal. Or, at least, their use of divisive language certainly gives that impression.

This article was updated at 7pm on Monday 10 July to reflect the fact the Anne Marie Morris has been suspended by the Conservative Party.