As the cost of raising a child hits over £200,000, the Tories are accused of taking our kids back to WWII - Canary 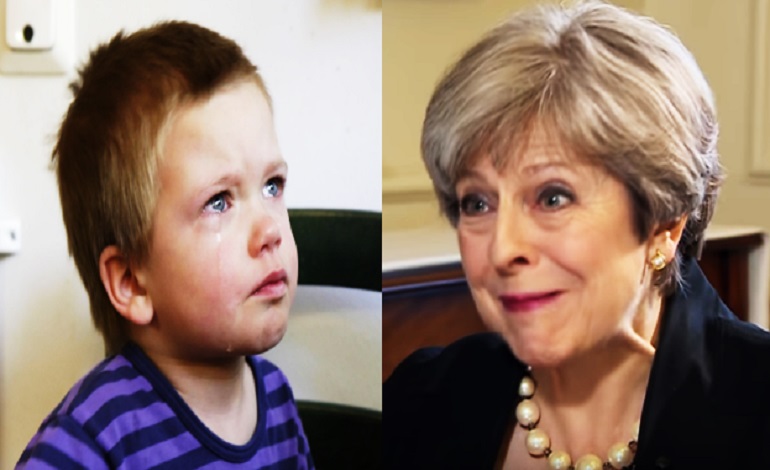 The full extent of how children are suffering under Conservative austerity has been revealed. And it shows that, while the average cost of raising a child has spiralled to over £187,000 for a single parent, for the first time since WWII the government is failing to provide its most basic duty of care to them; meaning that some children are falling nearly 40% short of the most basic requirements for living.

The Child Poverty Action Group (CPAG) has released its annual The Cost of a Child report [pdf]. And it said that, after a “short period of stability”, the price of raising a family is once again increasing. It found that:

The CPAG report also found that many parents’ incomes do not even cover the “basic” cost. Because after taking out childcare, council tax and rent, an unemployed couple only had enough money to cover 58% of the £75,436 CPAG says [pdf p11] it costs to raise a child: 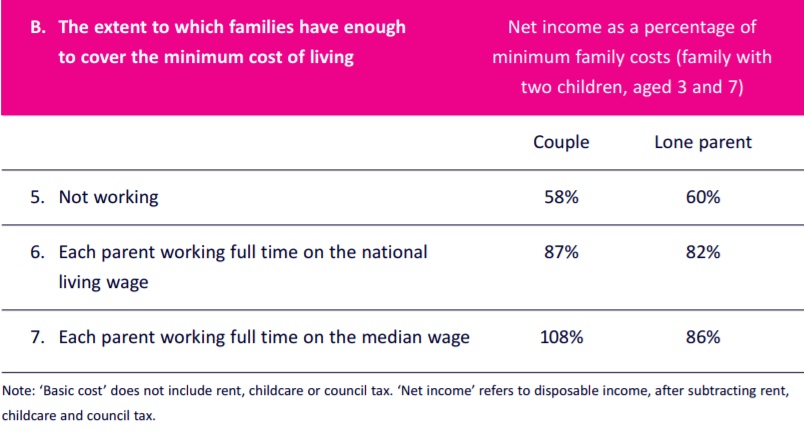 CPAG was damning in its assessment of the Tories’ austerity-driven welfare cuts. Because it said:

For the first time in post-war history, these cost increases are not being matched by increases in support given to families from the state. While this policy persists, the struggle that low-income families face to make ends meet will become steadily harder.

But behind the CPAG figures are clear indicators that families which can least afford it are being hit the hardest.

On the Tories’ heads

But CPAG was clear where part of the blame for the spiralling cost of child-rearing lies. One of the report’s authors, Donald Hirsch, told The New Statesman that the government’s:

failure to uprate either benefits, tax credits or the wage levels at which tax credits are withdrawn means that inflation is bound to erode modest family incomes both in and out of work. The gradual fall in living standards that this produces will be worsened by other benefit cuts that come in over the next few years…

And he concluded that:

For those relying on benefits as a “safety net” when they are not working, the level of this net is being progressively lowered over time.

There comes a point when a “safety net” stops being worthy of its name because it is no longer enough to provide even the bare essentials of modern life. The evidence shows that when income sinks this low, most families can only escape severe material hardship either by going into debt or by getting help from extended family members.

The CPAG report comes amid food bank charities warning that thousands of children are going hungry over the holidays. But moreover, 3.9 million children (one in four) now live in poverty. And with summer childcare costs at record levels, the CPAG report paints yet another bleak picture for the future of children in the UK.