Online abuse will now be punished. Except when it's committed by Tory councillors. - Canary 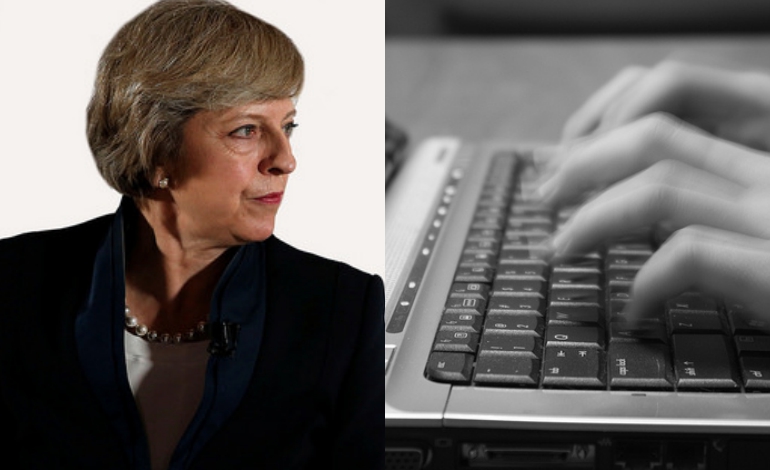 On 21 August, the Crown Prosecution Service (CPS) announced tough new guidelines for dealing with online abuse and hate crime. But it seems the new rules don’t apply if you’re a Tory. Because two Scottish Conservative councillors who were suspended for sending offensive tweets have been reinstated in the party.

The guidelines announced by the CPS only affect England and Wales. But crucially, the update adopts the position taken by the Scottish legal system since 2014. Its guidance states:

Whether shouted in their face on the street, daubed on their wall or tweeted into their living room, the impact of hateful abuse on a victim can be equally devastating.

These ‘new’ guidelines were already in place in Scotland when the councillors were suspended over their tweets.

Alastair Majury and Robert Davies, both Stirling councillors, were suspended from the Conservative Party in May. Majury’s comments included comparing Scottish nationalists to Nazis, attacking benefit claimants, and saying the SNP was too busy talking about gay marriage.

Davies, meanwhile, posted several tweets with black and white photographs of a group of black people next to a cargo plane. His comments included:

keep your loin cloths with you at all times. Spears go in the overhead locker.

But just months later, the pair’s suspension appears to be over. According to the Scottish Conservatives:

Having served a suspension, both councillors have been readmitted to the party after offering unreserved apologies for any offence caused. It has been made abundantly clear that behaviour like this will not be tolerated in future.

The decision was slated by SNP MSP James Dornan:

She [Scottish Tory leader Ruth Davidson] is keen to call out racism, sexism and other unacceptable behaviour, except when her own colleagues are the guilty ones. But this issue goes beyond mere hypocrisy, and exposes the ugly reality of Davidson’s Tories – a party which offers a home to extremist views, turns a blind eye to prejudice and allows those who spout offensive nonsense to hold elected office.

And as Green MSP Mark Ruskell pointed out:

This case also raises serious issues over the new guidance for hate crime prosecution. No legal action was taken against the councillors. And essentially, their employer has decided that a three-month suspension is enough of a ‘punishment’ for racism and sexism online.

Lip service to online abuse is not enough. Online abuse is horrific, and is a problem we all need to tackle. New guidance is only effective if it’s implemented. And reinstating these councillors sends an appalling message to racists and internet trolls everywhere.