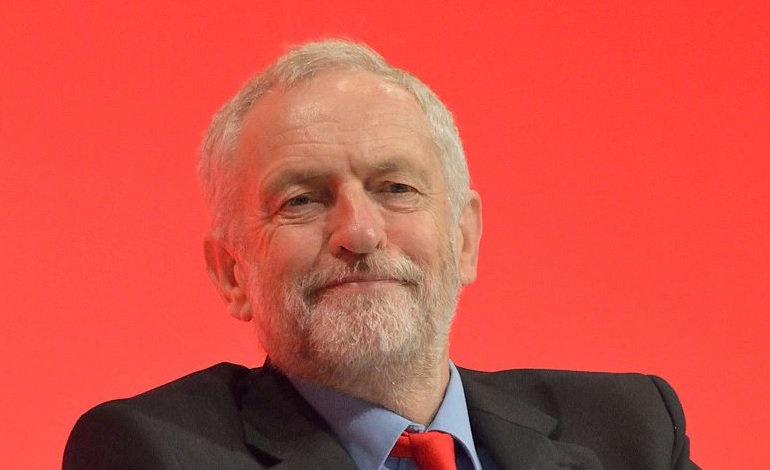 Jeremy Corbyn has trolled the Tory Leader of the Commons after she took hypocrisy to a whole new level.

Andrea Leadsom has reportedly written to her cabinet colleague Jeremy Hunt over NHS cuts. But she hasn’t contacted the Health Secretary to denounce his butchering of the health service as a whole. Instead, she’s lobbying Hunt to stop the cuts affecting her own area.

Leadsom, however, has always voted for her party’s NHS reforms which are responsible for the cuts. So as Corbyn pointed out, if she wants to keep services for her constituents, she’d better start thinking beyond her “backyard”:

Tory MPs back NHS closures except in their own backyard. I urge @AndreaLeadsom to support ending NHS cuts everywhere https://t.co/n5VmcR2QwM

Me, myself and I

Leadsom penned the letter because the Oxfordshire Clinical Commissioning Group recently decided to downgrade a consultant-led maternity unit at Horton General Hospital in Banbury. Leadsom is MP for nearby South Northamptonshire, so the change will affect her constituents.

Clinical Commissioning Groups (CCGs) nationwide are making similar decisions. Because the Tories introduced Sustainability and Transformation Plans (STPs) in 2016. These plans carve up the NHS into 44 regions, known as ‘footprints’. These ‘footprints’, or ‘networks’, have to create a ‘Five Year Forward View’ that sets out how they will bring themselves into financial balance; aiming to find £22bn worth of savings.

But if ‘footprints’ fail to find financial balance, chiefs will cut off their access to income from some funding streams. So Oxfordshire is one example of many that are shutting services in order to find that balance.

The current ‘need’ for financial balance is due to a Tory-made crisis. Because in 2012/13, all NHS providers were in a net surplus position, totalling £577m between them. But over the course of two years, they all fell into deficit – apart from the north-east. Their combined deficit totalled £841m in 2014/15.

It was in 2012 when the Coalition government introduced its Health and Social Care Act. And though its passage saw the NHS deficit spiralling, it worked wonders for the private sector. Because the government’s decision to accelerate competition in the NHS through the act means the private sector now runs £13bn-worth of our public health service.

Leadsom appears oblivious to the knock-on effect her party’s decisions would have; choices she backed at every turn. Perhaps because, as a 2016 report revealed, her government has pushed through reforms in other areas without any evidence or assessment of the impact on those affected. Who’s to say that didn’t happen with NHS reforms, too?

Regardless, she’s certainly seeing the impact of NHS reforms now. And as an MP who holds an integral position in parliament, Leadsom must be aware that Oxfordshire’s situation is not unique.

So as Corbyn points out, it’s time she spoke out about NHS cuts everywhere. Because her experience isn’t happening in a vacuum. It’s due to a systemic problem caused by her own party. There’s no ‘save yourself’ option here.