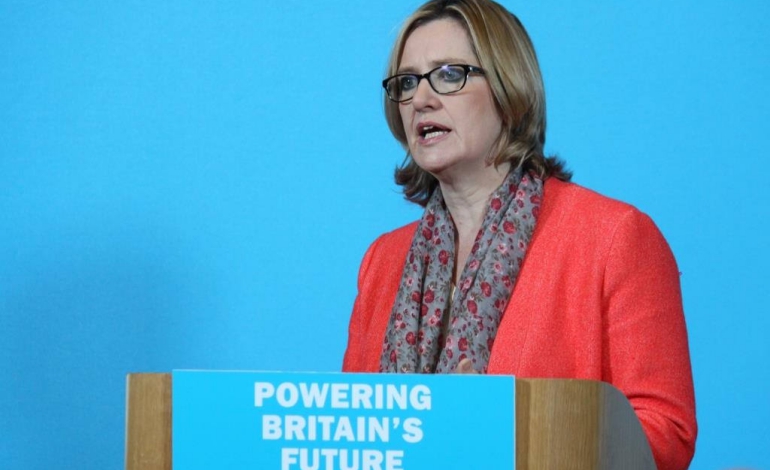 Home Secretary Amber Rudd has been slammed by a high court judge for refusing to follow the orders of the court. Rudd refused to release an asylum seeker from detention who was tortured and is vulnerable. And this is despite being ordered to do so on 26 July 2017.

As The Guardian reported, the asylum seeker from Chad, who is not named for legal reasons, was persecuted at home and then tortured in a Libyan prison with electric shocks and beating on the soles of the feet when trying to escape to Europe.

His release was first ordered by an immigration tribunal on 26 July. But when this didn’t happen, the case was taken to the high court where Justice Nicola Davies ordered his release by 5pm on 11 August. Again, the Home Office failed to act, and instead applied for two extensions.

I can only apologise.

And Davies was unequivocal in her condemnation of Rudd, saying that it was “inconceivable” that the Home Office couldn’t find a barrister and that:

The court is deeply concerned. Four weeks have elapsed since an order was made.

Hannah Baynes from Duncan Lewis solicitors who defended the asylum seeker described the effect his continued detention was having:

I visited him in detention and he kept saying: ‘I want to get out of here. I want to leave. Why are they not releasing me?’. The Home Office needs to realise that deprivation of liberty is a serious abuse of fundamental rights, even more so when it involves a torture victim. We have seen delays of this kind far too often. The Home Office needs to act more competently and more expeditiously when it comes to complying with orders of the court.

Unfortunately, this is not the first time that asylum seekers have had to go to court to secure their release from detention. Less than a week previously, the high court found that a former child soldier with complex mental health problems, who was detained awaiting deportation, was being held illegally.

The defendant did not make sufficient enquiries to gather the necessary information to enable her to properly take account of the Claimant’s disabilities in the context of the decision to detain.

And this follows other cases this year. In June, Theresa May’s government was found to have broken the law twice in the space of a month of its treatment of asylum seekers.

Meanwhile, May seems more concerned with a big clock not ringing for four years than she is about asylum seekers being unlawfully detained. May demanded that Big Ben not ringing be “urgently” investigated. Meanwhile, her own Home Secretary is ignoring court orders and causing misery for vulnerable people who have already suffered immensely, and May is silent.

The way asylum seekers are treated is a disgrace. Locking people up who are escaping torture and persecution is disgusting in itself. But for the Home Office, the department supposedly in charge of law and order, to ignore the orders of one of the UK’s highest courts to release a vulnerable person is a new low, even for this government.