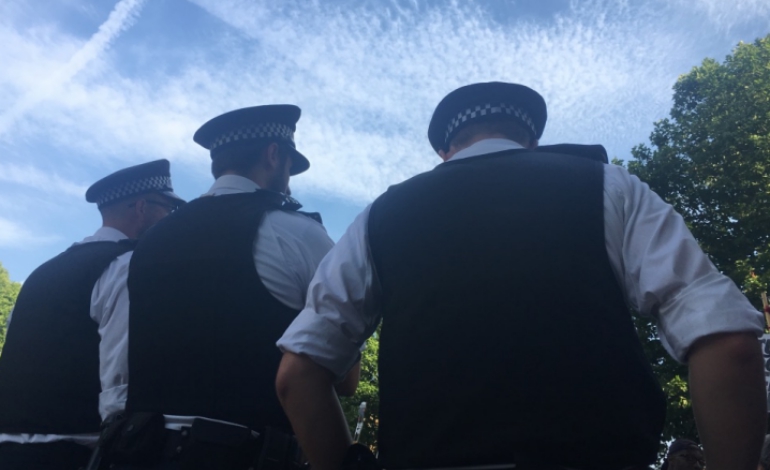 The Metropolitan Police have been accused of racism regarding their attitude towards policing the Notting Hill Carnival. But Twitter quickly responded and showed the police that this attitude would not be tolerated.

In the run up to #NottingHillCarnival, officers have this morning seized what is believed to be a kilo of uncut heroin in #Catford pic.twitter.com/pUCya5lrvj

The police made a number of raids across London on 22 August, arresting 26 people and claimed that:

Our officers have been proactive and focused on tackling serious violence and knife crime across London.

But grime artist Stormzy asked the police a question that essentially encapsulated everything that is wrong with the policing operation against Notting Hill Carnival:

Others pointed out that:

Great work but Heroin isn't really known as a great party drug so why link it to #NottingHillCarnival ?

But many used the opportunity to ruthlessly troll the police by tweeting them uncorrelated events:

In the run up to #NottingHillCarnival, I tried the crustless quiche from M&S instead of the normal one. It was quite nice. CC @metpoliceuk

In the run up to #NottingHillCarnival I am covering a badger in honey because sneezing is believed to be the main cause of elastic bands. pic.twitter.com/iwcidypUm7

And of course, being in Catford, there were plenty of cats:

Hang on the story came from Catford so it only seems right…. pic.twitter.com/lTvzl0zBH0

These arrests are just the tip of the iceberg. Over the last 12 days, the police claim to have made 316 arrests in the run-up to the carnival. Chief Superintendent Robyn Williams, the Met’s spokesperson for Notting Hill Carnival, claimed that:

Today’s operation is aimed at ensuring that those who intend to cause trouble at Carnival are prohibited from doing so. We are committed to ensuring that Carnival remains a safe, vibrant and enjoyable event. People can expect to see operational activity right up until, and throughout the Bank Holiday weekend

But speaking about the operation and the tweet, a spokesperson for the Network for Police Monitoring told The Canary:

This is not new: every year, the Metropolitan Police conduct dramatic dawn raids and then seek to link them to Carnival. The difference is that this year, promoting a raid on the other side of London was so obviously tenuous that it deserved the mockery it has received.

And the spokesperson highlighted that the tweet was particularly offensive given the carnival is taking place in the wake of the Grenfell Tower disaster:

As Carnival prepares to solemnly remember those who died in Grenfell Tower, yesterday’s annual message from the Met was, however, particularly inappropriate and offensive.

Like Stormzy, they also have no doubt as to the motivation behind the policing operation:

Carnival receives this treatment precisely because it is the UK’s largest celebration of Caribbean culture. It helps the police to justify the continued targeting of black communities for the disproportionate use of stop and search powers in London. It reinforces the deeply racist idea that these communities are somehow intrinsically – and uniquely – linked to violence and drug use.

And the spokesperson warned that the policing operation could be used to distract people from the two recent deaths in custody in London:

Ultimately, this enables far too many people to casually shrug off the violent deaths of two young black men in police custody so far this summer.

Online and on the streets

The fact that the Met felt able to send this tweet and not expect a response like this speaks volumes. But the implications are far broader, especially given the deaths in custody and incidents such as the violent arrests of booksellers in Brixton.

It is great to see people taking to social media to call the police out over this tweet. But we also need to ensure that we are calling them out on the streets, videoing them, and holding them to account for their actions.

– Know your rights if you’re stopped and searched.