While all eyes were on Theresa May, the government just quietly bunged £2.5m to her mates - Canary 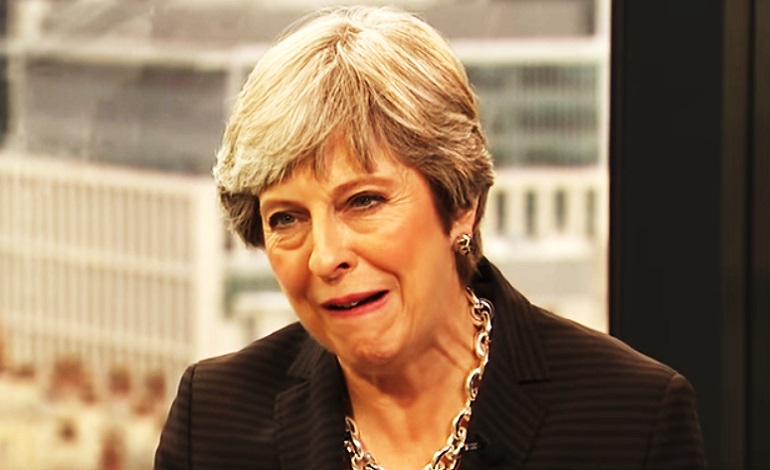 While Theresa May was making headlines for all the wrong reasons, the government quietly announced an extra £2.5m “cash boost” for local authorities in England. But the problem is the money is almost entirely going to Tory-led county and district councils. And in some cases, the public won’t see the result of the extra cash for up to two decades.

On Tuesday 3 October, the Department for Communities and Local Government (DCLG) announced a “£2.5m cash boost to speed up the delivery of over 155,000 new homes in the proposed garden towns across England”. The DCLG, led by Communities Secretary Sajid Javid, said:

Nine locally-led garden town developments, from Bicester to Taunton, will each receive new funding to fast track the build out of these large housing projects… speeding up the progress of developments through additional dedicated resources and expertise.

The DCLG said allocation for the nine garden towns was as follows: 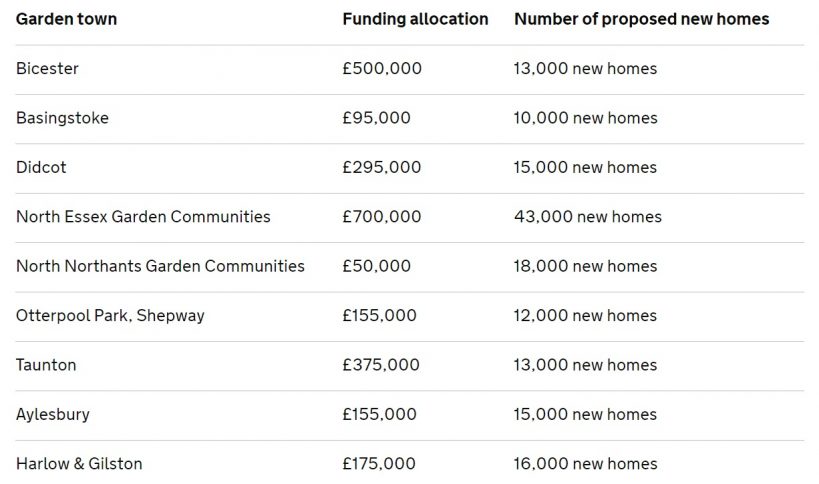 Cash for the Tories’ mates?

The DCLG claims that garden towns are:

development[s] of more than 10,000 homes… [The] government is encouraging different and ambitious solutions to fix the housing market.

But what the DCLG failed to mention is just where the £2.5m was going. Research by The Canary shows that of the 22 county, district and borough councils involved in the scheme, 19 are Conservative controlled. Also, developments like the North Northants Garden Communities are being developed [pdf p39] by companies like Barratt Homes, which was caught up in a government lobbying scandal in 2014. The Guardian caught it, along with other developers, pressuring senior ministers to relax planning regulations. At the time the DCLG denied policy was being influenced by developers.

But there are other issues surrounding the Conservatives’ garden towns projects:

In a statement the DCLG told The Canary:

This government wants to support local authorities and communities in developing their own vision for locally-led Garden Towns and Villages, taking account of local plans. We’re seeing good progress on housing delivery and we’re expecting that at least 25,000 homes will have been completed or started across our garden villages, towns and cities by 2020. We expect to see a good mix of tenures, including affordable rented, in our garden towns.

The DCLG announcement came as some of the media declared that May had pledged in her conference speech to spend £2bn on “council housing”. But this is not strictly the case. Because May said:

We will encourage councils as well as housing associations to bid for this money and provide certainty over future rent levels. And in those parts of the country where the need is greatest, allow homes to be built for social rent, well below market level.

‘Affordable‘ housing is property where rent is 80% of the market rate. ‘Social‘ housing is property set at government-defined rents with a secure tenancy. And “encouraging” councils and housing associations to bid for money is not a guarantee of more council or social houses. So, May’s words seem to be more spin than substance.

As with many Conservative-led initiatives, this appears to be less about England’s urgent housing needs, and more about lining the pockets of developers; along with presenting a thinly veiled image of “acting” on the housing crisis. The government has dressed its £2.5m “cash boost” up as in some way helping solve England’s housing problem. When in reality, it is merely a small drop in a very expensive ocean.