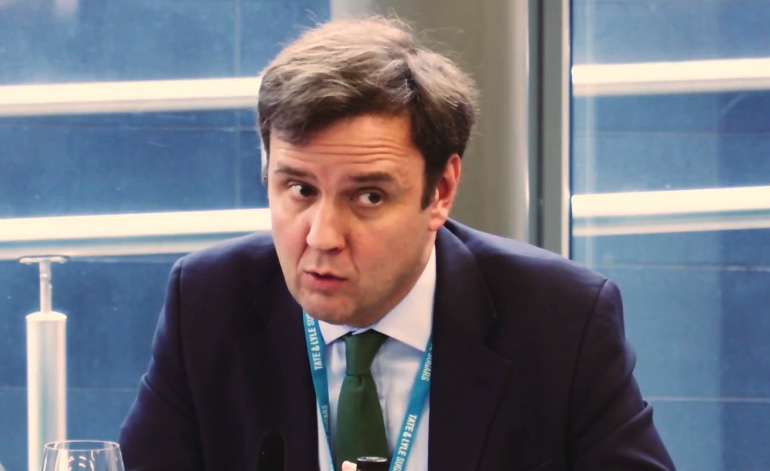 People are relentessly trolling Conservative minister Greg Hands. Because upon seeing a kebab shop, the Minister of State in the Department for International Trade (DIT) made a ludicrous comment.

And it revealed exactly why so many suspect we’re heading for a ‘no deal’ Brexit.

In his role as Minister of State in the DIT, Hands is responsible for the Trade Policy Group. This group “leads for the department on developing, coordinating and delivering a new trade policy”, according to the government’s website.

But a tweet that Hands sent out on 23 October shows that his attitude towards trade – and his knowledge of it – leaves a lot to be desired:

How long before we have German Fish & Chips? pic.twitter.com/8OmvAytgJQ

Hands seemed unsettled by the fact that “we” have a German kebab shop in the UK. He also appears to take it as a fateful omen that the Germans are coming for our fish and chip shops next.

Unfortunately for Hands, however, people were quick to point out how wrong he was.

How long before we have a Minister of State for International Trade who knows things about the world and/or its businesses? Sheesh.

Made anywhere but Britain

As many commentators noted, doner kebabs originated in Germany. There is some dispute over who can claim to be “the doner father” (the inventor of the dish), but it’s certain that the “father” was a Turkish immigrant in Germany.

People also rubbished Hands’ suggestion that British fish and chip shops might soon ‘turn’ German. Because they pointed out that, alongside kebabs, this dish isn’t British either.

Fish and Chips is the food of eastern European Jewish immigrants. Reading is good 👍🏾 https://t.co/QXFIpdxQTw

As the BBC has detailed, historians believe Jewish refugees from eastern Europe introduced the fried fish recipe to the UK in the 19th century. And chips probably had their beginnings in Belgium or France in the 17th century.

So in just a few words, Hands revealed how little understanding he has of world cuisine; including that of his own country. But more importantly, he displayed an ugly, flawed and arrogant attitude about Britain’s relationship with other nations. And he’s a minister who will play an integral part in cultivating Britain’s new trade alliances as it exits the EU.

The government is reportedly making preparations for leaving the EU without a deal. And with attitudes like Hands’ at the heart of government, it’ll be no surprise if that’s exactly what we end up with.