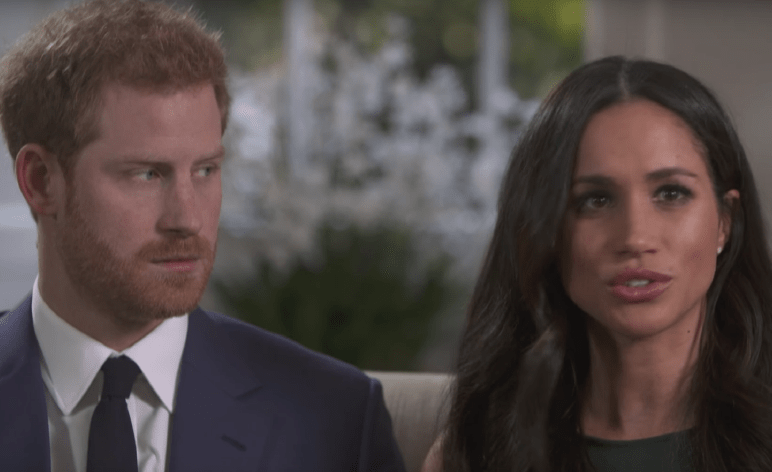 There have been some weird and grotesque criticisms of Prince Harry marrying Meghan Markle. Not criticisms of the Royal Family existing in the first place (an opinion many decent people hold), but criticisms from royalists who object on other grounds. Chief among them was this from The Spectator:

Meghan Markle is unsuitable as Prince Harry's wife for the same reason that Wallis Simpson was unsuitable: she’s divorced and Harry’s grandmother is supreme governor of the CofE
https://t.co/CnEasK1T67

And these from the readers of The Daily Mail:

I have no idea what is happening in the Daily Mail comments, they've gone full bananas, so here's the article with the comments as headlines pic.twitter.com/Klp6XIOc4r

Meghan Markle might be more in line with right-wing thinking than these people realise, though. That or she’s entirely detached from reality. Although either quality will serve her well as a royal.

The EU referendum of 2016 was called by David Cameron. His promise to hold it was widely regarded as an attempt to keep elements of his party in line. And when it didn’t go his way, Cameron resigned and left the rest of us to deal with Brexit.

This is what Markle had to say about Cameron’s exit from Brexit: 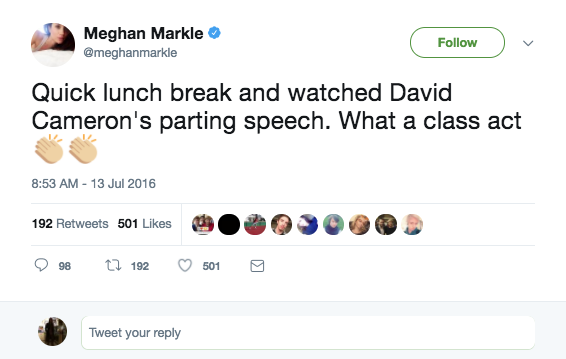 Since that tweet was unearthed, people have been quick to point out that:

People have also criticised Markle’s description of Cameron as being a “class act”:

Cameron f**ked the country. Simple as that. Created division by Brexit and through extreme austerity put thousands of poor families on the bread line. Don’t believe the hype!

???? You get that's like saying trump is a class act? Try living with his policies for the last 5 years!!! Tragic

And they pointed out that Cameron’s exit was in itself problematic:

A class act to suggest something and then leave when it occurs?

It could be that Markle just didn’t know much about UK politics. It could be that she’ll develop into a well-rounded person with an interesting perspective on UK politics. But even if she doesn’t, we’ll be seeing a lot of her regardless. We are paying for her, after all. Much like how we’re still paying for the decisions of David ‘class act’ Cameron.