A conference about Margaret Thatcher is to be held in Liverpool. Seriously. - The Canary 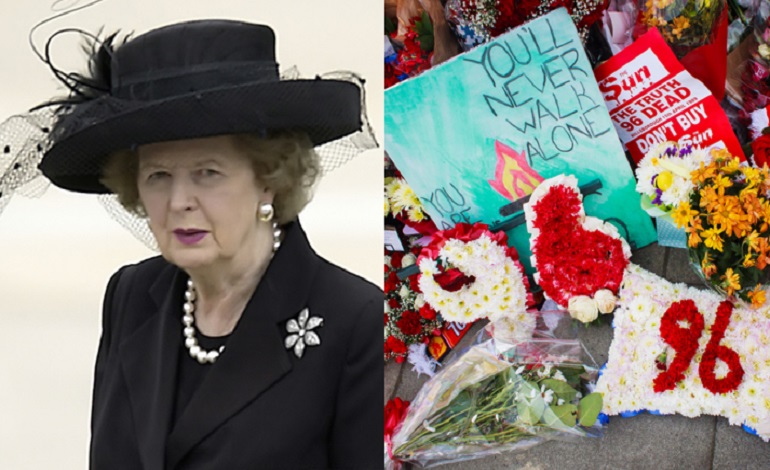 A conference dedicated to “the study of Margaret Thatcher and Thatcherism” is to be held in Liverpool next year. But the event has already sparked controversy. And if families and survivors of the Hillsborough disaster are unhappy, they probably have good reason to be.

The Thatcher Network has organised its second annual conference, called “Thatcherism Now”, to take place in Liverpool in April 2018. The group says it is:

committed to ideological diversity; we endeavour to represent a range of views at our events and our membership is politically diverse.

As The Liverpool Echo reported, organisers claim they have received “threats” of ‘egg-throwing’ and ‘hospitalisations’ from people objecting to the conference.

There has been a significant amount of confusion regarding the nature of the Thatcher Network… [people] believed the network was linked to the Conservative Party.

In reality, the Thatcher Network is politically neutral and funded by a politically-neutral charity. Most of its members are left-wing academics – and we welcome all political views.

The threats made – which included being egged, having people hospitalised and demonstrating to stop the Conference taking place – were concerning. However, we are clear that academic freedom must be defended.

But Hillsborough families and survivors may well disagree.

A “culture of impunity”

As The Liverpool Echo reported, Thatcher’s press secretary Bernard Ingham once wrote to a Liverpool FC fan, saying that the city should “shut up” about the disaster that killed 96 people. And Thatcher herself refused to give her full backing to the initial Taylor Inquiry into the tragedy; which led to accusations from Labour that Thatcher encouraged South Yorkshire Police to be a “partisan force” with a “culture of impunity”.

Thatcher: not welcome in Liverpool

It would seem logical to most that holding a conference about one of the most divisive figures in political history in a city forever scarred – in part, by that person’s actions – would be a non-starter.

Although the organisers claim to be ‘ideologically diverse’, the most basic part of human empathy appears to have escaped the Thatcher Network.

– You can also read more from The Canary on Hillsborough.