When even the BBC's Laura Kuenssberg predicts 'chaos', you know Theresa May is in deep s**t [TWEETS] - Canary 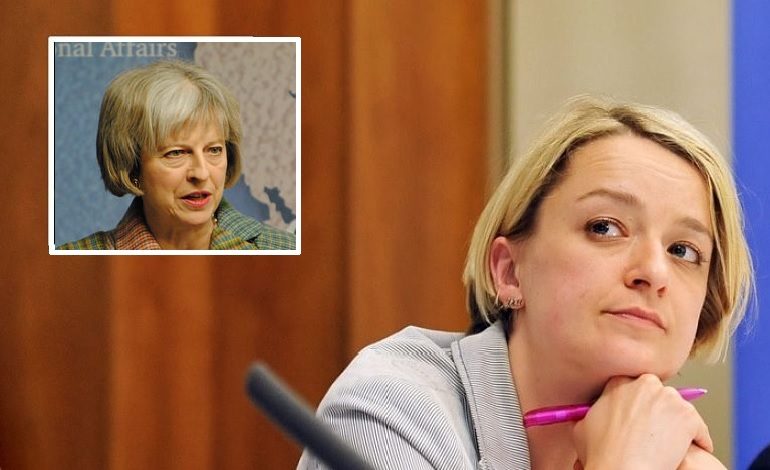 Since failing to secure a Brexit deal on 4 December, Theresa May’s situation looks increasingly precarious. So much so that even The BBC‘s political correspondent Laura Kuenssberg has warned of potential “chaos”.

She must be in deep s**t indeed.

As The Canary previously reported, the Prime Minister’s Brexit negotiations have been an utter “shambles”.

And now, even the BBC seems to have acknowledged the extent of the mess. News has been dominated by the fact that David Davis lied about Brexit impact reports. But the BBC‘s own political correspondent has acknowledged that there is worse to come.

Kuenssberg wrote that, on 6 December, Chancellor Philip Hammond “confirmed to MPs what has been widely known in Westminster for a long time”. The truth is that there is no plan.

According to Kuenssberg, the cabinet has still not had:

its big bonanza conversation about the ‘end state’, when the prime minister will have to put her cards on the table finally, and explain the kind of relationship she wants with the EU after we leave, and after the transition period.

And Kuenssberg went further when she tweeted:

4. And by delaying the discussion, she's delaying the potential bust ups, or resignations, or chaos of a kind that we haven't seen yet

May’s inability to appease the Democratic Unionist Party (DUP) appears to be only the tip of the iceberg. There are deep “ideological disputes” about Brexit within the Conservative Party, and Kuenssberg has now accused May of using “sophisticated sticking plasters” to avoid having a discussion or clear plan to deal with this. As a result, the possibility of a ‘no deal’ Brexit looks increasingly likely.

And now, even the House of Lords has warned of more chaos if no deal emerges. But if there is no deal, the internal Tory arguments will be far from over.

The Canary has frequently reported on bias in the BBC‘s – and Kuenssberg‘s – political analysis. But with widespread speculation about how much longer May can cling to power, even the government’s staunchest mouthpiece seems to be turning.