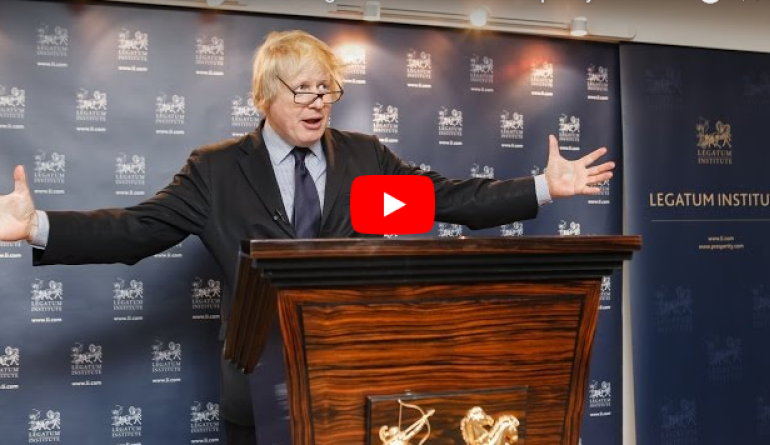 A thinktank supported by Foreign Secretary Boris Johnson is under investigation by the Intelligence and Security Committee (ISC).

In November, Labour MP Ben Bradshaw urged the ISC to investigate Legatum. This followed several stories on the Brexit-backing thinktank in The Canary, The Guardian and OpenDemocracy.

The ISC has now agreed [paywall] to investigate Legatum and its financier’s possible links with Russia.

Not the full story

Recently, The Mail on Sunday also published a story on Legatum, It alleged that Singham was co-author of the infamous letter by Gove and Johnson to Prime Minister Theresa May, demanding a ‘hard Brexit’.

But there were important links between Legatum and the Conservatives that were not covered by The Mail on Sunday. For example:

And then there’s pro-Leave Johnson’s support for Legatum and its staunchly free-market approach. Johnson launched the institute’s ‘Prosperity for All’ project in 2015:

A spokesman for the Legatum Institute told The Times it had:

complied with all laws and regulations, is providing a valuable public service in line with our charitable objects, and is therefore more than ready to respond as required.

In Brexit-beleaguered Britain, it’s essential that the full truth of how we arrived at this mess is revealed. That now appears to be emerging, though perhaps too late to halt the damage.