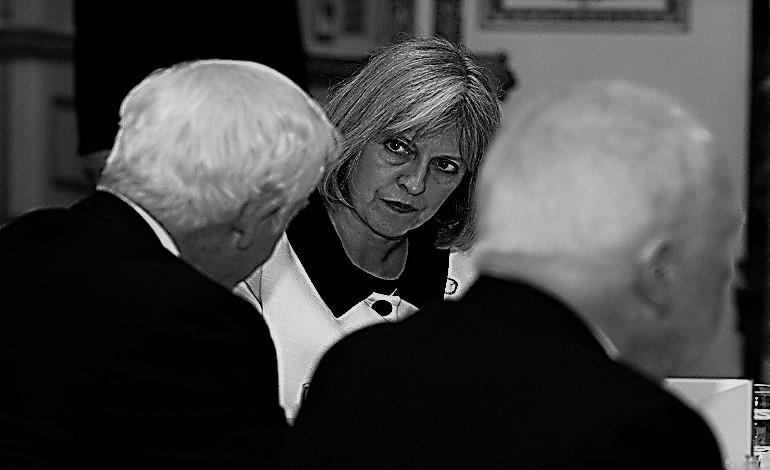 The government just gave a top job to an adviser with a rather colourful history.

A new face in government?

On Wednesday 6 December, the government made Anthony Browne Chair of the Regulatory Policy Committee (RPC). The RPC is an independent body which analyses how laws will impact on business.

Browne said of his new job:

But just whose best interests he’ll be working in favour of is debatable. Because his CV reads like a Who’s Who of corporate interests.

In 2002, Browne co-authored a paper [pdf] called NHS Reform: Towards Consensus? for the right-wing Adam Smith Institute. It called for:

An end to today’s centralised health service and the adoption of competing European style social insurance… The government should neither provide nor finance health… Families would subscribe to one of a number of social insurers, who would then buy the services from… independent [health] providers.

Browne was formerly head of government relations for US bank Morgan Stanley. He quickly left this role to become chief executive of the British Bankers’ Association; according to The Bureau of Investigative Journalism, “the banking industry’s most important lobbyist”.

As The New Statesman reported, Browne wrote a book called The Retreat of Reason: Political Correctness and the Corruption of Public Debate in Modern Britain. It was criticised by some on the left, but hailed by the BNP as:

A devastating expose of the effects of Political Correctness and its poisonous effect of public debate in modern Britain… A far reaching book which has the left squealing in horror.

Browne told The Mirror: “There is a huge difference between my views and those of the BNP”. But former Labour MP David Blunkett said Browne’s views on immigration were “bordering on fascism”.

Browne has numerous links to the Conservatives. These include being an adviser to former London Mayor Boris Johnson; leading the right-wing thinktank Policy Exchange; being named [paywall] by The Financial Times as a top Tory “insider”; and frequently writing for ConservativeHome.

While Browne’s CV will probably raise eyebrows on the left, judging by his track record he’ll be right at home with the current Conservative government.