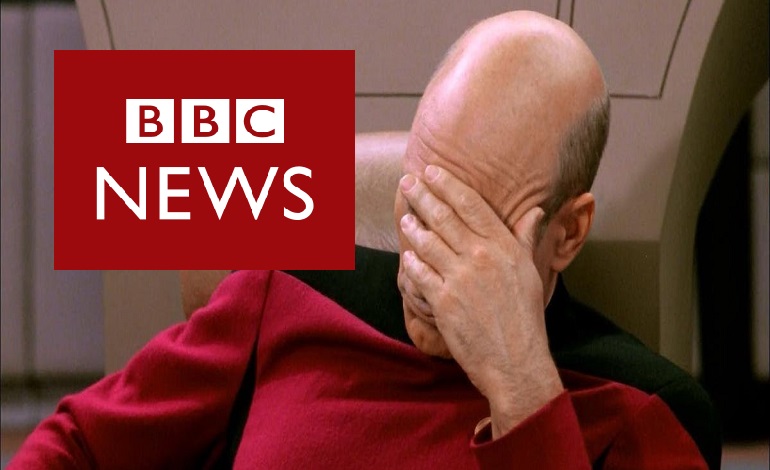 The BBC has been “trolling” on Twitter from one of its official accounts. But far from being a light-hearted tweet, the public service broadcaster has weighed into a row between a government minister and a celebrity. And it appears to have tweeted on the Conservative MP’s behalf.

Health Secretary Jeremy Hunt and actor Ralf Little (from BBC comedy The Royle Family) have been caught up in an ongoing social media row over funding of NHS mental health services. And after BBC Newsbeat recorded an interview with the Health Secretary over the situation, the @BBCPolitics Twitter account did this:

.@Jeremy_Hunt says the ball's in your court @RalfLittle. What do you say? https://t.co/Gw9A0BhStF

And some people see the @BBCPolitics tweet as “trolling”. News site SKWAWKBOX said:

It seems the BBC has gone beyond mere bias and shameless parroting of Tory soundbites and has moved onto trolling concerned citizens on behalf of the falsehood-spouting Tories – even citizens who have already demonstrated themselves to be considerably better informed than the politicians.

The SKWAWKBOX refers to the numerous tweets Little has sent, presenting claims made by Hunt as false or incorrect. As The Canary previously reported:

4,300 more employed by mental health trusts, 2,700 more employed in talking therapies, 1400 more people treated every day since 2010. Isn’t it ur job 2 find a major European country that’s done better and faster rather than make assertions you can’t support? I double dare you

But in his BBC Newsbeat interview, Hunt claimed Little has:

got to show me the evidence of what he’s said. When he provides that, I’ll happily come into your studio and debate with him, but he hasn’t been able to do that.

And while the Newsbeat article noted that Little had shown that Hunt had incorrectly claimed to parliament that the Conservatives had got “30,000 more people working in mental health today than we had when [Labour] left office”, it failed to refer to any of the other ‘evidence’ Little had provided, such as:

BBC Newsbeat seemed to have taken verbatim Hunt’s claim that Little had not provided “evidence”. And it has allowed the Health Secretary a platform to promote this. The Canary asked the BBC for comment. Specifically, we asked:

The BBC Politics account tweeted a Newsbeat story which explained and gave context to the ongoing public dispute between Health Secretary Jeremy Hunt and British Actor Ralf Little. Ralf Little was given the opportunity to reply within the article and on twitter, where the dispute had originated. It would be misleading to suggest the BBC has done anything other than impartially report the story.

A BBC spokesperson also directed The Canary to the fact that Little’s team told Newsbeat the actor was “currently out of the country and not available for interview”.

The BBC is often subject to allegations of bias. But for its Twitter to be openly trolling a celebrity over a social media ‘spat’ with a government minister is a real low for the publicly funded organisation. Licence fee payers’ money should not be used to engage on behalf of Conservative politicians. But the corporation could be in for a surprise. Because Little has now employed the services of a barrister against Hunt:

– Join The Canary and support The SKWAWKBOX, to keep holding the powerful to account.