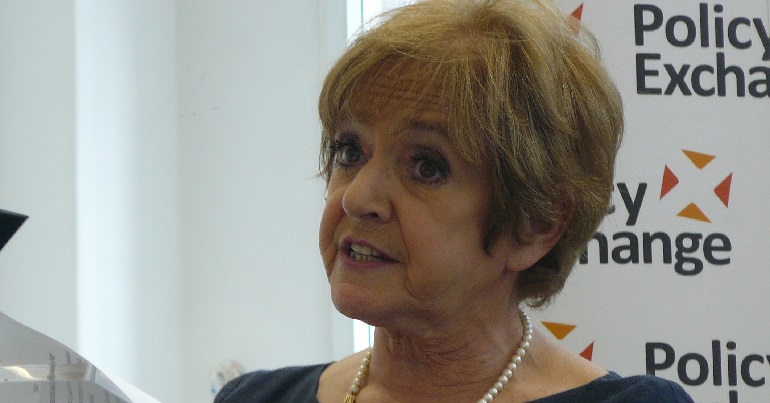 ‘Corbyn is the problem’

At the Jewish Labour Movement (JLM) conference, Hodge spelt out that

The MP for Barking said that Labour adopting the International Holocaust Remembrance Alliance (IHRA)’s definition of antisemitism with all the examples, wouldn’t be enough:

It might have been enough three months ago, it might have just enabled us all to start talking to each other and bring trust again, but I think that moment has passed

Walking into a trap

Labour’s ruling National Executive Committee (NEC) is poised to adopt the IHRA definition in full on 4 September. That’s despite the evidence that the definition could be used to smear critics of Israel. Examples such as “claiming that the existence of a State of Israel is a racist endeavour” blur the line between criticism of Israel and antisemitism. As such, the definition has already been used to shut down events exposing Israeli apartheid at UK universities.

Both Labour Against Antisemitism and Blairite group Progress have also indicated that the way the party adopts the definition won’t be enough. For the informal anti-Corbyn alliance, removing Corbyn has always appeared to be the ultimate aim. Instead of pandering to the establishment, Labour needs to go on the attack, with the 2017 manifesto front and centre. Corbyn’s enemies won’t stop until he stands down.