In just two minutes, here's everything you really need to know about fighting antisemitism - Canary 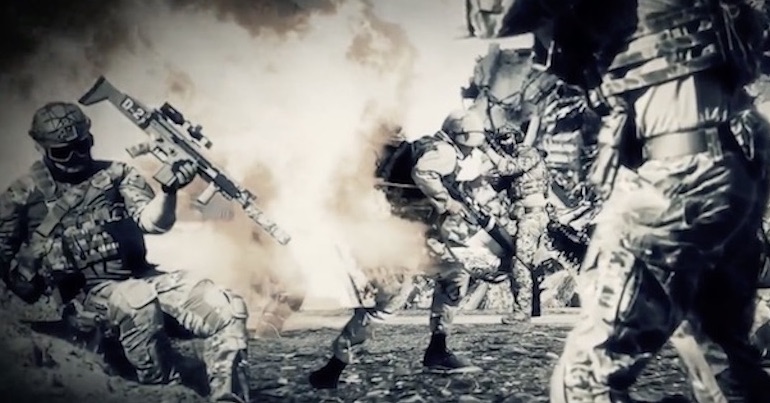 On 3 September, pro-Corbyn, left-wing Labour members won nine places on the party’s ruling body, the National Executive Committee (NEC). On 4 September, the NEC will meet to finalise its code of conduct on antisemitism. But to coincide with this – at 11am – Jewish groups and Labour members will deliver a statement urging the NEC to stand with Palestine.

This comes amid the ongoing row over Labour’s adoption of the International Holocaust Remembrance Alliance (IHRA) definition of antisemitism. But a video created by some of these groups explains why this vote is so important. It also explains why it’s vital to listen to the voices of Palestinians – and those who support them.

Because to truly fight antisemitism, we all need to stand in solidarity with Palestinian people.

Antisemitism? Or an effort to erase Palestinian rights.

A simple video called Antisemitism? Or an Effort to Erase Palestinian Rights lays the facts bare:

The video calls for “the facts [to] be heard”. It explains in a stunningly powerful, yet simple way the history of Palestinian people since 1917. It also explicitly links the UK’s role in the oppression of “a whole people”. Significantly, as the video states:

The Palestinian story has a right to be told. By us, by you, and every British citizen has the right to hear it. The IHRA definition with its examples conflates criticism of Israel with antisemitism. It will make us invisible. It will prevent your solidarity. It already has.

Brutal facts about the ethnic cleansing of Palestinian people by the Israeli government merge with simple infographics. This is a history we all need to know, discuss and share. Because as the video explains:

None of this is antisemitism. It is a universal claim to justice and freedom.

As a statement by Jewish Voice for Labour (JVL) seen by The Canary explains:

Palestinian voices have been virtually ignored during the long-running row about alleged antisemitism in the Labour Party, although it is Jeremy Corbyn’s support for their cause which has given rise to most of the attacks upon him and the movement around him.

The statement also warns that:

Adopting the IHRA definition (with its examples) would not only demonise our present struggle for liberation and self-determination. It would also ‘silence a public discussion [in the UK] of what happened in Palestine and to the Palestinians in 1948’.

As the Guardian reported, Jeremy Corbyn didn’t challenge the principle of the IHRA definition of antisemitism but examples that relate to “free speech in relation to Israel”. As one Twitter user explained, Corbyn is a leading advocate for Palestinian rights, but this doesn’t make him antisemitic:

The truth is @djhenshall, if Chuka Umunna was Labour leader instead of Jeremy Corbyn there would be exactly the same amount of antisemitism, but nobody would be talking about it because Umunna isn't a Palestinian rights advocate and he doesn't threaten the neoliberal status quo. https://t.co/K0PRXO86kt

In an article in Open Democracy, 24 Palestinian civil society groups also urged Labour to reject a “biased” IHRA definition that will stifle advocacy for Palestinian rights. The group will also call on the NEC to observe recent statements from Palestinian unions, NGOs and members of the Israeli parliament.

This video concludes by saying:

You have as much of a right to tell our story as we do.

Never has this been more important. Because antisemitism has been weaponised by some people not to eradicate it, but rather, to attack Corbyn. As The Canary recently reported, Margaret Hodge has pretty much acknowledged this is the case.

So we need to stand in solidarity with Palestinian people. As a result, we can start to challenge – and from there seek to change – the brutal oppression that thousands of people face daily.

– Also, if you can, try to join people to demand we listen to Palestinian voices. Meet at Labour Party HQ, Southside, 105 Victoria St, London SW1E 6QT.