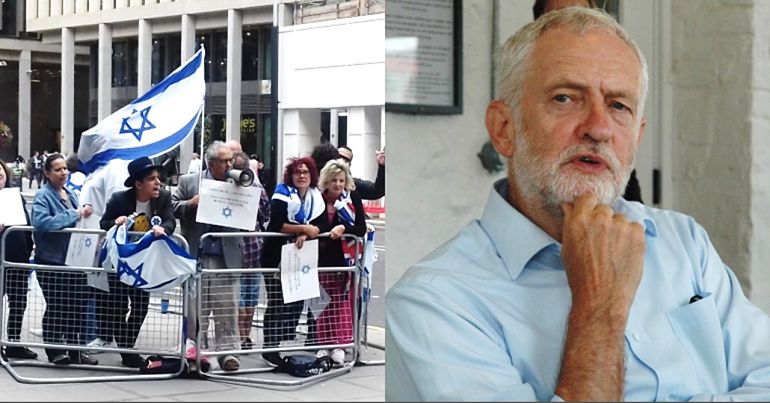 CORRECTION: This article was corrected on 17 April 2019 to remove an incorrect statement that Ambrosine Shitrit had previously lived in South Africa. We also clarified which people in the image had links to the far-right. The headline was changed from “These far-right thugs offered similar criticism of Jeremy Corbyn to some Labour MPs” to “Anti-Palestinian activist and people with far-right links protest outside Labour HQ”.

On 4 September, the Labour Party’s National Executive Committee (NEC) met to finalise its code of conduct on antisemitism. To coincide with this, Jewish groups, individuals and Labour Party members organised a protest outside Labour’s London HQ in solidarity with Palestine. Protesters gathered to deliver a statement urging the NEC not to adopt the International Holocaust Remembrance Alliance (IHRA) definition of antisemitism in full. This is because they feel some examples curtail criticism of the Israeli government’s occupation of Palestine.

Members from Jewish Voice for Labour (JVL) spoke to The Canary from the protest.

JVL explained that nearly 400 protesters gathered in solidarity with Palestine. But JVL told The Canary that they understand some people associated with UK far-right groups also gathered as part of a counter-protest.

Tony Greenstein – a JVL supporter at the protest – identified some of those counter-protesting.

The line-up includes people believed to be connected to the far-right. Greenstein explained that he understands some of those present are also “working supporters” of Stephen Yaxley-Lennon (aka Tommy Robinson). On this protest, many draped themselves in Israeli flags.

Clearly visible (in a blue baseball cap) is Paul Besser. Besser is a well known as an anti-Palestinian activist. He was also Britain First’s “intelligence officer”. Besser has previously promoted far-right ideology with known “anti-Palestinian extremist” Sharon Klaff, who was also present outside the Labour HQ,

Greenstein also identified Jonathan Hoffman, former vice-chair of the Zionist Federation. In 2010, he was reportedly linked to abuse of Auschwitz survivor Hajo Meyer. Although the counter-protest was small, Gemma Sheridan also attended. She’s understood to have connections to the Jewish Defence League. This group is banned “as a terrorist group” in the US.

These names have all been linked to other anti-Palestinian actions. And Greenstein has also done a lot of work to expose their far-right links. 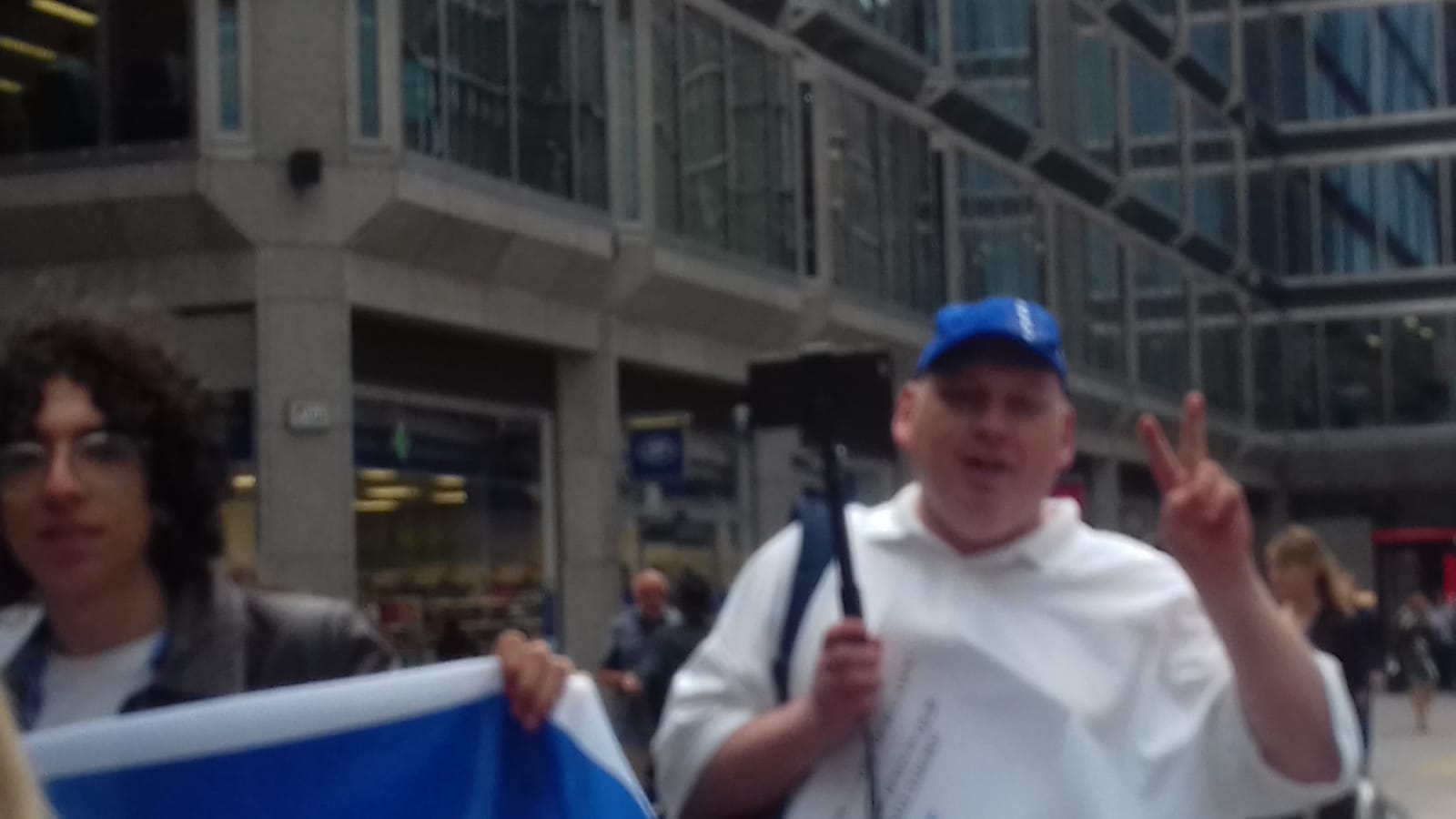