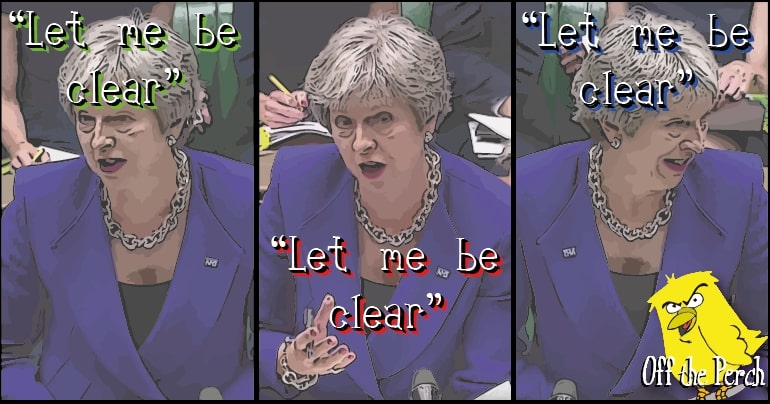 It’s easy to grow jaded with a job when you’ve been doing it for too long. Theresa May had grown jaded with Prime Minister’s Questions, but now she’s returned with a renewed vigour for treating us all like arseholes.

When May first became PM, she avoided answering questions with vim and delight. Jeremy Corbyn would ask her something, and she’d say:

and then proceed to not answer the question. By June this year, she was clearly exhausted. When asked something, she’d say:

and then proceed to not answer the question. Which was almost identical to before, but she sounded a bit more tired.

On Wednesday 5 September, Corbyn asked May a series of questions. The first inquired how many companies had to leave the UK before she got a Brexit plan together, to which May replied:

Sorry, what was that? I couldn’t hear the question over the sound of your beard!

He also asked if the NHS would be prepared for no-deal Brexit. May responded:

It’s funny you should mention doctors, because I know someone who needs a beard-ectomy!

Corbyn finally asked what was wrong with May that she was like this, at which the PM shouted:

Beard! Beard! He has a beard!

Some commentators felt that May put in a strong performance. These people are paid to think things like that, for some reason.

Welcome back to the new season of British politics.