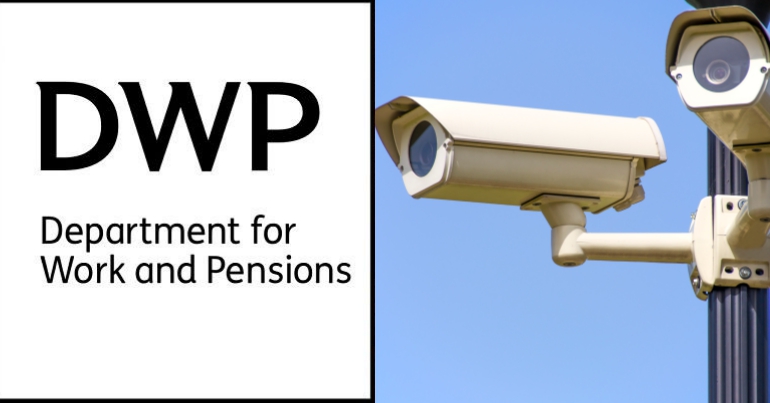 This article was updated on 6 September 2018 to include a comment from the DWP.

According to a new report, the Department for Work and Pensions (DWP) is causing a “human rights emergency” through its surveillance and sanctioning of sick and disabled people.

The report from Big Brother Watch, The State of Surveillance in 2018, sets out a chilling picture of the UK’s surveillance society. Amongst other issues, it covers the right to protest, the surveillance of investigative journalists, and how public service workers are being used to enforce the government’s “hostile environment” for immigrants.

But the section on the DWP shows how extreme surveillance has become and the impact this surveillance, combined with sanctioning and deterrence, is having on sick and disabled claimants.

Called “Monitoring, Suspicion and Welfare”, the section on the DWP is written by Dr Jay Watts. Watts is a consultant clinical psychologist and psychotherapist with over 20 years experience of working in mental health.

She describes the “devastating effect” the current situation is having:

The situation is now so dire that it is nothing less than a human rights emergency with stress, fear, guilt and anxiety provoked by this climate shift a key trigger in many deaths by suicide.

In 2017, a survey found that the number of suicide attempts by unemployed disabled people had more than doubled since the government introduced its Work Capability Assessments. Other data released in 2017 also showed a 50% rise in mental health problems amongst unemployed people. The UK Council for Psychotherapy blamed benefit cuts and sanctions. It claimed that government reforms:

are having a toxic impact on mental health

Watts describes the surveillance of benefit claimants as “brutal”. She states that:

Gym memberships, airport footage, job centres and surveillance video from public buildings are now used to build cases against claimants, with posts from social media used to suggest people are lying about their disabilities.

And she argues that this creates a “paranoid and controlling [environment], fuelled by pervasive suspicion”. This environment is also extended to what people feel able to post on social media:

There is little escape from this environment for claimants, as speaking freely on social media has become increasingly dangerous.

As Steve Topple previously reported for The Canary, the DWP is colluding with Sainsbury’s to spy on people. As Topple wrote:

Nothing to hide, nothing to fear

Watts also dismantles the common surveillance trope that if you have nothing to hide, there’s nothing to fear. She argues this argument is “depoliticised and detached from basic rights principles”. Moreover, she asserts that:

One does not need to have done anything wrong to feel that one has done something wrong. Why do we feel anxious going through security at airports? Why do we feel the need to ‘perform’ innocence? Those feelings are just a fraction of what many claimants experience, 24 hours a day, seven days a week, intruding into their home and social life in an all pervasive, unprecedented way.

And it is this fear of having done something wrong that she argues is causing so much anxiety:

The spectre of surveillance as a deterrence technique instills anxiety and leads to internalised moral suspicion in claimants whose thoughts become dominated by the idea that they have done or might do something wrong.

Watt’s describes the DWP’s policies as “hateful, degrading and ill-informed”. She points out that:

Claimants today live this subjection, this sense of visibility and targeted surveillance, with devastating effects on mental and physical health.

And she sets out the effect this has on claimants:

they become imprisoned in the home or in a mental state wherein they are constantly being accused of being fraudulent or worthless given our tendency as humans to internalise what others think of us.

A spokesperson for the DWP told The Canary:

Surveillance helps us to prevent and detect crime, and is only used in strict accordance with the law. We’re committed to ensuring that disabled people get the support they need and benefit fraud is a crime that diverts this support from those who really need it. The DWP uncovers thousands of benefit fraud cases every year and recovered a record £1.1bn in overpaid benefits last year.

The whole report paints a depressing and worrying picture of the pervasive and damaging nature of surveillance in the UK.

But the picture it paints of how the surveillance state impacts benefit claimants is truly sickening. It’s no wonder the UN described the treatment of disabled people in the UK as a “human catastrophe”.  It is.

– Support Disabled People Against the Cuts and the Mental Health Resistance Network.

– Support Big Brother Watch and the Network for Police Monitoring.