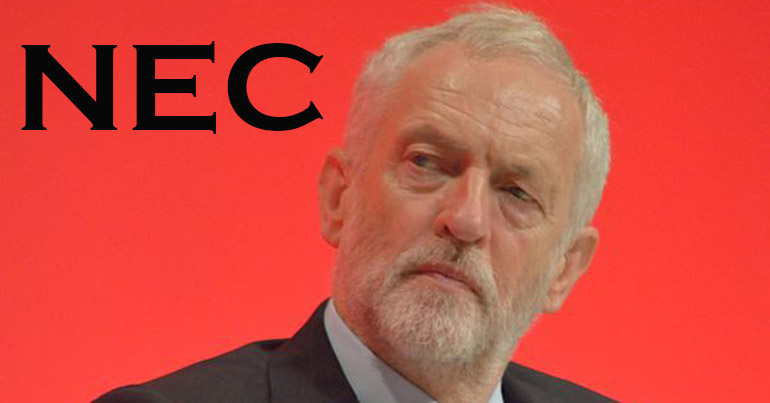 For many in the Labour party – and that probably includes Jeremy Corbyn – the National Executive Committee’s (NEC) decision to adopt the International Holocaust Remembrance Alliance’s (IHRA) definition of antisemitism with all its examples is a major blow.

And if you want a concise rundown on why the NEC’s decision is not only wrong, but also a spectacular self-own, look no further than Palestine/Israel specialist and seasoned anti-Zionist Jamie Stern-Weiner‘s Twitter feed.

Regularly cutting through the conflation of antisemitism and anti-Zionism in his research and on social media, Stern-Weiner presented the NEC with a powerful reminder that Labour should answer to its members, not its would-be saboteurs:

OK, so Labour's ruling body betrayed Palestinian rights and put at risk Labour members' freedom of speech, but at least adopting the #IHRA will draw a line under this whole affai- https://t.co/Ldodz2Iyyb

Associate global editor at Daily Mail Online Jake Wallis Simons was just one of the many right-wing commentators to relish the idea of using the IHRA examples (not the definition, Jake) to renew attacks on Corbyn.

So much for wiping the slate clean…

But many on the NEC, including Momentum founder Jon Lansman, appeared to be sure that by adopting the examples, the party would finally be able to turn to more important issues.

Stern-Weiner didn’t even need to make the argument that this wouldn’t be the end of the antisemitism row; Labour Friends of Israel did it for him:

Consensus may have been achieved at a high price, but at least we can now move on from this #IHRA saga and focus on homelessness, the NHS, Yem– https://t.co/uUKZdqEy3j

It appears that the NEC’s attempts to counter suppression of free speech on Palestine/Israel by including a “freedom of expression on Israel” clause has become the new stick to beat Labour with.

And – surprise, surprise – one of Corbyn’s most scathing critics, Labour MP Dame Margaret Hodge, swung it with all her might:

OK, so maybe Dame Hodge was being difficult when she kicked off over Labour adopting the #IHRA and only MOST of its examples. But now the NEC has adopted it in full, w/ only a toothless free speech caveat, Hodge will be satisfied and we can move on togeth- https://t.co/EP9Nve9flj

Perhaps the NEC thought the ruling would satisfy Dame Hodge and her fellow critics and the “toothless free speech caveat” would protect Labour members. Wrong:

At least with the #IHRA adopted the prospect of an interminable saga of contentious antisemitism allegations and disciplinary proceedings has been averted with no threat to free sp- https://t.co/upqGtOO1dU

But surely groups like the Jewish Leadership Council would back off now that Labour had caved in to their demands? Wrong again:

Labour's NEC ignored the concerns of the party's own members, as well multiple leading civil liberties defenders, to capitulate to external, hostile and unelected bodies. But at least those organisations will now cease their unending atta- https://t.co/SWRRBIMyZq

Did anyone really think that the debate would cool down following the decision?

Instead of being the beginning of the end of Labour’s antisemitism row, according to the Board of Deputies of British Jews, it was “only the beginning”:

Whether the NEC made the decision to adopt all of the IHRA examples in good faith or not, Stern-Weiner’s thread goes a long way to highlighting their cataclysmic mistake.

Describing the creation of Israel as a “racist endeavour” can now get you banned from Labour. That’s despite the fact that such an opinion is mainstream among academics, non-Zionist Jews, and most importantly Palestinians.

The decision is a disservice to Labour members and progressives around the country. And if the NEC continues to cave in to those who wish to depose a socialist leadership instead of meaningfully tackling antisemitism, the party is in for an even rougher ride.

And sadly with rulings like this, it’s not completely underserved.