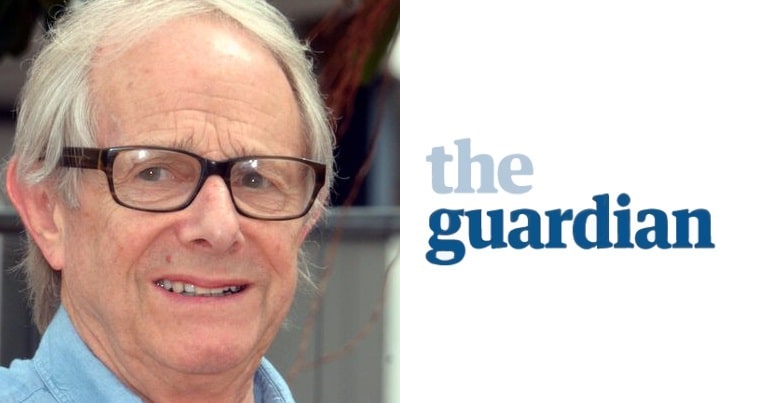 Renowned director Ken Loach has taken down the Guardian for its “relentless campaign” to topple Jeremy Corbyn. In his Morning Star piece, Loach said that media outlets across the board are engaged in a:

The Guardian has published around 40 stories on Labour and antisemitism in the past month.

“Alliance from the Mail to the Guardian“

The director of Cathy Come Home and I, Daniel Blake continued:

A new story emerges regularly that is fed to the press and broadcasters, only too eager to make something out of every incident.

No conspiracy, and no need to conspire with people who share the same intention and who all know the steps to the dance.

Criticising the Guardian, Loach points out that elites do not have to collude to develop the same lines of attack. Especially if these ideas are paraded in the mainstream media.

Loach then accused the Guardian of residing in an “alliance” with the Mail and the BBC:

There has been an alliance from the Mail to the Guardian and the BBC to make the most of stories provided largely by Corbyn’s enemies in the Labour Party.

Loach also laid out the objectives:

The aims are clear: protect Israel and undermine Corbyn. The Labour right, along with all the above, oppose his social and economic programme, his determination to base a foreign policy on international law and human rights and the general resurgence of the left that he represents.

At home, Corbyn plans to launch an industrial strategy at odds with Blairite free market ideology. For example, he wants to launch a huge social housing programme, while nationalising water and the railways.

Abroad, the Labour leader has proposed creating a minister for peace, withholding arms sales to regimes where there is concern about war crimes (as there is with both Israel and Saudi Arabia) and generally place foreign policy in line with international law.

The Labour right, Israel and the Conservatives are united in their opposition to such a platform. Loach continued:

It seems the tactics of the old Blairites are either to remove Corbyn or to split from Labour altogether, not by honestly challenging his and John McDonnell’s politics but by the smear of racism. The Labour right wants to achieve by stealth what is beyond them in open debate.

The Labour Party has now adopted the International Holocaust Remembrance Alliance (IHRA) definition with all its examples.

The IHRA definition is a mechanism, not an end. It will enable further attacks on the left.

24 Palestinian organisations, trade unions and networks in the UK have said:

On top of that, 36 Jewish groups worldwide have condemned the IHRA defintion for being “worded in such a way” as:

to intentionally equate legitimate criticisms of Israel and advocacy for Palestinian rights with antisemitism, as a means to suppress the former.

“This is why he is under attack”

Loach rounded off his piece criticising Guardian coverage by saying:

We face huge problems, internationally and environmentally. Great riches sit alongside poverty, insecurity, desolation and, for many, despair.

Corbyn’s Labour Party, if we ensure it is not only in government but in power, will start to make changes that challenge the established order. This is why he is under attack.

As Loach suggests, anyone who thinks that Corbyn’s rise to prominence hasn’t radicalised the establishment is deluded. The election of Corbyn as Prime Minister would deal a critical blow to a free market ideology that has reigned supreme for over 30 years. We must fight this onslaught together.